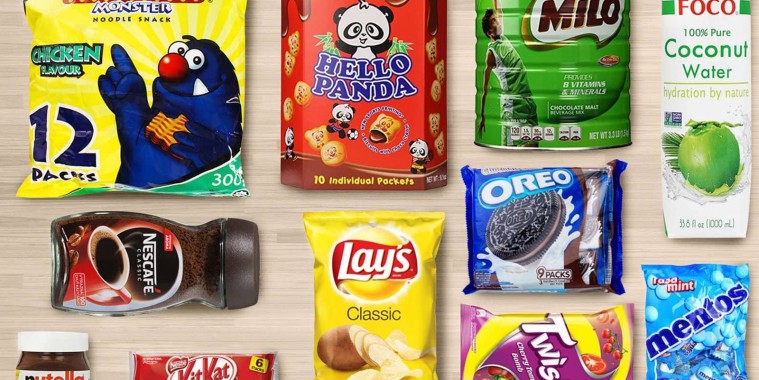 It is the norm to see long queues of vehicles lining the roads towards the borders of Sungai Tujoh and Kuala Lurah each weekend, as Bruneian families make their way to Miri, Sarawak for their shopping needs.

Ask any Bruneian why they do their grocery shopping in Miri, and chances are they will say, “Because it’s cheaper.”

But is this really so?

The Neue editorial team recently did some grocery shopping at Supa Save Gadong, Brunei and Ta Kiong Departmental Store at Merdeka Mall, Miri to see how much we could get with a budget of 50 BND in Brunei and RM150 in Miri. All prices are calculated in BND Photo above shows items that were bought from Supa Save in Brunei with a 50 BND budget, while the photo below it shows what was obtained with a 150 RM budget in Miri.

There is a saying that goes, “Time is money.”

With that in mind, are Bruneians really saving money doing their grocery shopping in Miri? Or are they spending more?

We believe it’s the latter.

Let’s consider the budget of a Bruneian man who takes home a monthly salary of 2,000 BND after TAP (Employees Trust Fund) and SCP (Supplement Contributory Pension) deductions. Mr X is married and lives in Bandar Seri Begawan with his family of three.

Let’s now consider the amount of time he has to spend travelling from Bandar Seri Begawan to Miri and vice versa. Let’s also factor in the cost of fuel, toll bridges and meals.

Let’s assume that he works 25 days in a month (putting in 8 hours of work each day). After doing the math, Mr X basically earns approximately 10 BND for each hour he works in a month.

Six hours of travel – 3 hours to get to Miri and another 3 hours to get back to Bandar Seri Begawan – equates to 60 BND. That’s basically how much his 6 hours is worth.

(The photo above is basically what would be left of your groceries from Miri if you took away 25 BND worth of goods.)

Other factors we need to consider are the wear and tear on one’s vehicle.

On the other hand, the photo below shows what items you would have left if you factored in money for the toll bridges and petrol for the day trip.

Given the choice, I’d rather do my grocery shopping here in Brunei.

But that’s just my opinion.