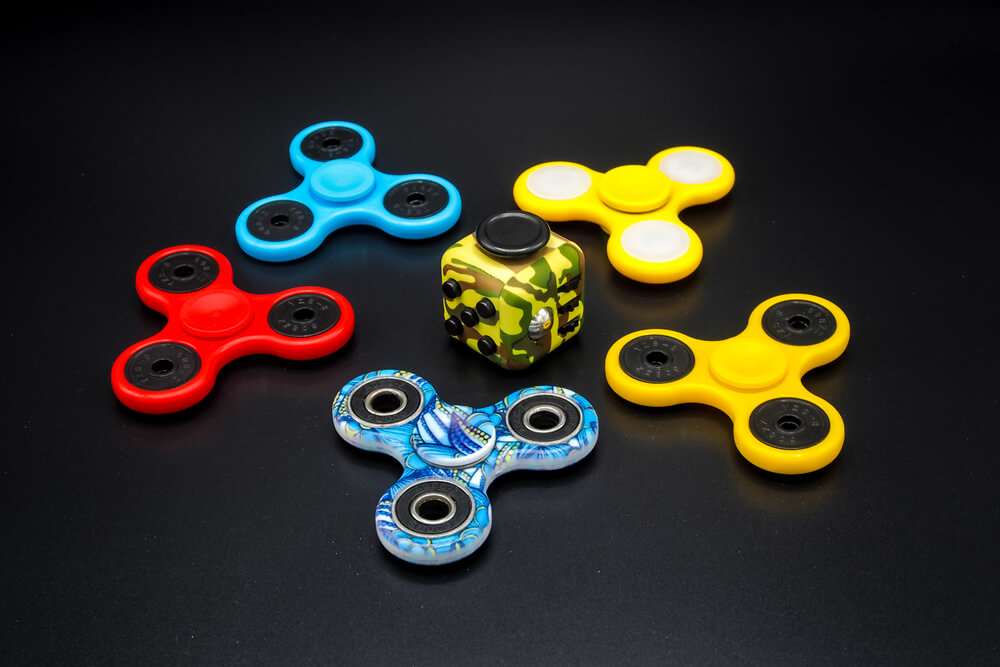 Have you ever owned a fidget spinner or cube? Toy companies market them as beneficial for improving attention and concentration in children with autism, anxiety and ADHD (Photo: Shutterstock)

Now before you pass judgement on me for typing out the headline above, allow me to justify why I said that.

How dare I compare Xiaomi’s latest mobile phone to a fidget spinner? Well, it was because Lei Jun, the Chief Executive Officer (CEO) of the Chinese electronics company, made the comparison. According to a report, he claimed that the slide-and-click action is extremely satisfying, referencing the old mechanical slide displays of the old Nokias without naming them. He also said that it was relaxing like a fidget spinner.

To give you some context as to why he said that, check out Xiaomi’s promotional video of the Mi Mix 3 below:

I could do this all day.? pic.twitter.com/GRAF4jPMZt

As you can clearly see from the video, it’s all about sliding! But to be fair, the Mi Mix 3 is so much more than that.

Let’s first take a quick glance at the various aspects of Xiaomi’s latest addition to its all-screen flagship phones. 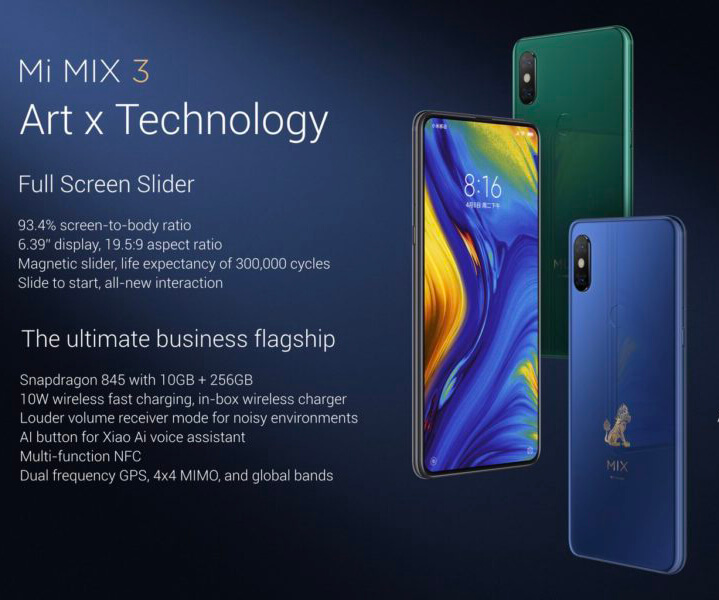 Can’t stop playing with your mobile? No worries!

Xiaomi claims that slider design is “durable”, and that it can withstand up to 300,000 snap cycles. Let’s assume that you will be using Mi Mix 3 as a sort of fidget spinner for relieving stress and that you intend to use this phone for a maximum of 2 years. If we were to do the math, that would work out to about 410 slides per day for the next 730 days until the slider function fails on you. That’s pretty impressive actually!

Following Oppo and Vivo, Xiaomi has also come up with its own all-screen design. The Mi Mix 3 comes with no sign of a notch, as the camera gets mounted on a sliding component at the back (much like Oppo’s Find X).

93.4% … that is the screen to body ratio that was achieved! But how did Xiaomi manage to do this? Well, it was able to achieve this by first shrinking the antenna design inside the chin and secondly, the whole screen is actually a slider.

Click on photo to read Neue’s previous article: Cracked your screen? Now what?

According to a report, Xiaomi’s CEO Lei Jun who was speaking during the recent unveiling of the Mi Mix 3 in Beijing claimed the phone had “better camera performance” compared to the Huawei P20 Pro.

Click on photo to read Neue’s previous article: Love taking photos of pets & food? Then P20 Pro is for you

According to a report, the Mi MIX 3 will go down in the books of history as the first from Xiaomi with a dual-lens selfie camera. The 24MP + 2MP sensors are part of the mechanical pop-up, with the latter acting as the depth sensor.

The rear camera brings the same hardware. The main module has a 12MP Sony IMX363 image sensor with large 1.4µm pixels and Dual Pixel autofocus. The lens has an f/1.8 aperture and 4-axis Optical Image Stabilisation. The other module has a 2x telephoto lens and uses a 12MP sensor with 1.0µm pixels.

Given that the Mi MIX 3 has recorded some impressive scores on DXOMark, you can expect excellent photography from the device. (DxOMark rates cameras, and smartphone camera performance across the board, and its ratings are widely touted by most smartphone companies.)

According to DXOMark, Xiaomi’s latest smartphone (which is packing the same camera hardware as the Mi 8) has managed an improvement in its photography capabilities with modifications to its software and image processing algorithms.

“For still photos, it’s up there with some of the best devices we’ve tested, with good colour, dynamic range, texture, and flash performance. Video performance is very similar to the Mi 8’s, although improved stabilisation gives the Mi MIX 3 an advantage when shooting low-light movies. In short, the new Xiaomi is an excellent all-rounder,” it said in a report published online.

Xiaomi has included support for slow-motion video recording of both HD (720p) and FHD (1080p) videos at 960 frames per second (fps) on the Mi MIX 3, which is pretty impressive. Unlike some other expensive phone from a well-known vendor, MIX 3 also includes the ability to record 4K videos of up to 60 fps.

How much is it? 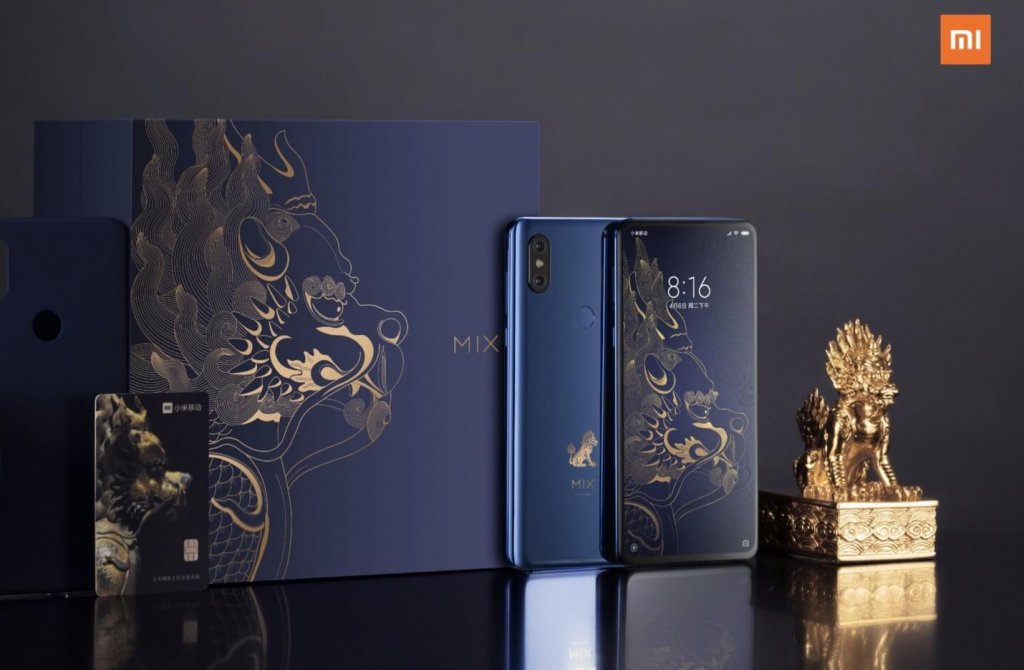 Meanwhile, the Forbidden City special edition (10GB RAM, 256GB Storage) comes with a heftier price tag and will retail at 4,999 yuan or 995 SGD when it goes on sale at the end of this month (November). 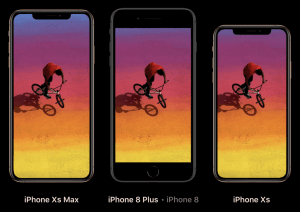 Click on photo to read Neue’s previous article: 7 crazy things you can do for the price of the new iPhone’

What sets this device apart from the crowd is the fact that it’ll have a 10GB RAM edition – a collaboration with Beijing’s Palace Museum. A report noted that even though this won’t arrive until late November, it’ll already beat Black Shark’s Helo – also manufactured by Xiaomi – and maybe even Oppo’s special edition Find X to become the world’s first 10GB RAM smartphone. However, do keep in mind that you’ll only get the 10GB RAM with the special edition model.

Do you remember what mobiles you had before?

The Nokia 8850 was one of Nokia’s most popular phones. It was first launched in September 1999. (Photo: Shutterstock)

It seems like the early 2000 is making a comeback with mobile phone sliders. Do you still remember what your first mobile phone was? Drop us a line in the comments section below if you’d like Neue to look at a particular phone model.  Alternatively, you can reach out to Neue via its social media channels on Facebook and Instagram.