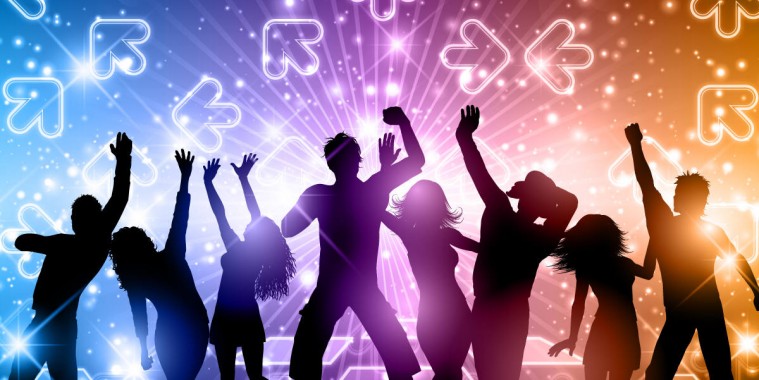 Dancing Down Memory Lane: What Made DDR Special

For the uninitiated, Dance Dance Revolution (DDR) involves choosing a song and then stomping on the four-arrowed dance pad controller to match the accompanying dance steps scrolling up the screen. Players are judged by how well they time their dance to the patterns presented to them and are allowed to choose more music to play to if they receive a passing score.

It was first introduced in Japan in 1998, and released in North America and Europe in 1999, DDR is the pioneering series of the rhythm and dance genre in video games.

In a paper entitled “A True Revolution: Case History of the Design of Dance Dance Revolution” that was written for Stanford University, the author Audrey Tsang pointed out that video games at the time had built up a horrible reputation.

“Parents were highly opposed to the amount of violence and negative role models in games along with the anti-social image of the video gamer sitting in front of the TV all day long,” she said in the paper that was presented in 2001.

However, according to her, DDR defied every negative connotation of the beat-em-ups, fighting games, and racing games that had dominated the past  decade in video games. “First, there is no violence at all in the game’s images. Furthermore, much like karaoke, the game lends itself to social occasions and gets the player out of his or her seat,” she added.

What makes DDR particularly appropriate for spectators is its element of performance. After all, DDR is based on dancing.

According to Tsang, the game design lends itself to performance and spectatorship. “When watching a game, it’s not the graphics that are interesting. The psychedelic animations can only go for so long before the eyes get tired and the mind gets bored. The interesting thing to watch is instead the player,” she said.

In 2017, Chris “iamchris4life” Chike was one of a handful of Americans invited to Japan to compete in the DDR World Championship, according to a report. It was the first time players from the US had ever been asked to attend.

“I just want to say that it’s always been my dream to be an international DDR champion ever since I was 13,” Chris told the crowd after claiming the top spot. “And this was my first opportunity to do it and I did it, I succeeded.”

There’s no denying that DDR has proven itself to be a staple of gaming culture. It continues to be one of the hottest, most iconic arcade series of all time.

In conjunction with the 20th anniversary of DDR, Dustin Wilcox over at Wilcoxarcade had the pleasure of interviewing Chris -- the 6th Konami Arcade Championship World Champion -- about how the series has impacted him.

Question: Dance Dance Revolution has now been around for two decades—that’s a long time right there. How and when did you start playing?

Answer: My first time playing DDR was at my neighbor’s house in December 2004. We were playing it on her PS2 in her basement and I thought it was a really fun game. So when January 2005 came around and my brother asked me what I wanted for my belated Christmas gift, I pointed out the DDR Extreme PS2 bundle.

Question: What pushed you to stick with DDR as long as you have? 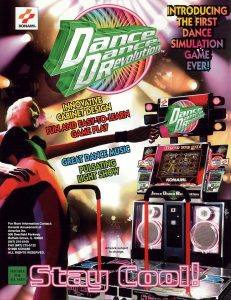 Question: What would you see throughout the next 20 years of DDR?

Answer: I really don’t know, but I do hope my legs can take another 20 years of stomping! (For the full interview, click here to visit the Wilcoxarcade website)

Why Change What Isn’t Broken?

According to a column -- ‘The History of Dance Dance Revolution -- that appeared on the Honey’s Anime website, DDR is still very much alive and kicking despite being 2 decades old.

It has definitely been one of those games that just seems to continue thriving regardless of the world its in.

So much so that two years ago (in 2016) a DDR game called “Dance Dance Revolution A” -- still from developer and publisher Konami -- was released in Japan in March 2016, while the US would see it less then 4 months later and various other countries within a span of a year.

With 98 new songs and numerous songs from the past returning, ‘Dance Dance Revolution A’ returned fans to the same great game they loved but with some modern tunes to boot.

“With this newest alliteration, you might think there might be a slew of changes to the gameplay mechanics but very little has changed aside from cosmetic looks and slight alterations in how players choose their song to dance to,” Honey’s Anime noted in its editorial.

“That goes to show you Konami is still well aware that Dance Dance Revolution needs to remain the same for people to continue showing their love for this amazing rhythm game. Which makes sense if you really think about it. Why change what isn’t broken?”

Do you have any fond memories of playing DDR? Drop us a line in the comments section below or reach out to Neue on Facebook or Instagram.