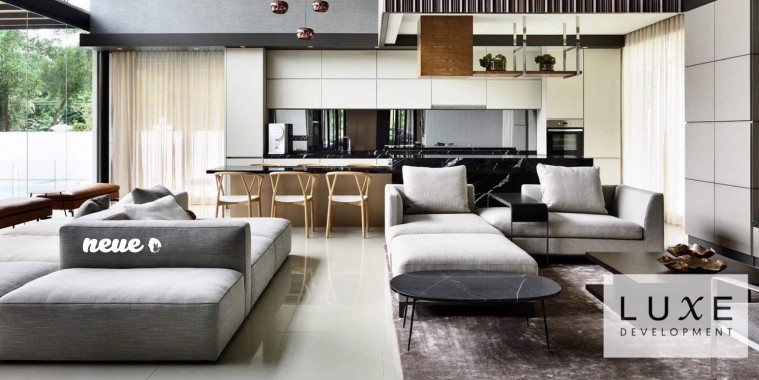 Space has a way of affecting your mood; and architectural design prominently uses space, among other elements, to do this deliberately. It’s also important to ensure that wherever you’ll be spending most of your time, whether that’s at home or at work, it’s to your liking.

In addition, design and function should also meet together in this space to create something cohesive; where practicality and aesthetics shine alongside one another – and it all begins with a good plan.

Thomas Lam, Architect and Managing Director of Luxe Development, one of Brunei’s most well-known and highly- regarded architectural firms, emphasised its importance, especially when it comes to residential projects.

Thomas, who is well-versed in the field, with years of international experience working with multinational corporation clients, highlighted that a home or office can not only look beautiful, it should also be intuitively functional and personal.

“There has to be a connection between our clients’ needs and the particular characteristics of each site to design spaces that are functional, inspiring, and enhances the user’s experience,” he added.

One huge aspect of planning is how essential communication is between the client and the architect.

“That’s why we work closely with our clients, so that we understand their requirements, and in turn, that allows us to be able to create a space that’s aesthetically pleasing, yet also unique and innovative,” said Thomas.

To follow up on Thomas’ words, here are just a few of Luxe Development’s projects that exhibit the definition of “functional beauty” in architecture. Perhaps these gorgeous spaces may incite some much-needed inspiration for space planning and furniture placement. 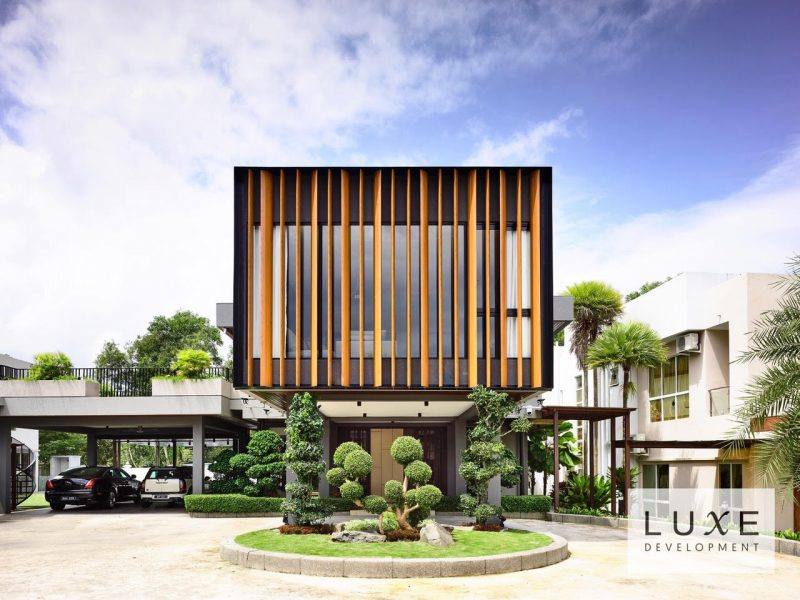 More often than not, flow and function are significantly dictated by design.

From the moment one pulls into the driveway of this home, your attention will be arrested by its impressive entrance; a harmonious blend of varying structures, indicative of how the building’s aesthetics are complemented by its functionality. The wooden sun-shade louvre, taking centre stage of the entire display, keeps much of the heat away while still allowing plenty of daylight in. Flanked with the monochromatic theme of white, and light as well as dark grey texture paint, the whole scene has a touch of elegance, while still retaining a sense of warmth, befitting the atmosphere of home.

Again, there’s something to be said about how function can influence aesthetics – such as the case of the wooden sun- shade louvre, for example.

Another instance is the open floor layout inside the residence, evident in the living/dining and kitchen area. This openness allows easy movement throughout the entire space, while the large windows and the glass sliding doors leading to the outdoor patio lets in warm sunlight, making the space feel bright and airy.

Previously, the interior was an empty hall, with tall ceilings and furniture randomly placed, only to fill up the area. However, with the new layout and flow, it has transformed

into an intimate, lived-in space; enhanced by the addition of a dropped ceiling fixture above the dining area. Following the natural, wooden theme from the exterior of the residence, the ceiling fixture has a timber strip wall cladding, providing a much-needed contrast between the tall ceilings and adds to the overall cosy-feel.

Connecting the living and dining area to the kitchen also increases that ambience of warmth and hospitality, and encourages the family to utilise the space, whether for larger gatherings, or a more low-key night-in. 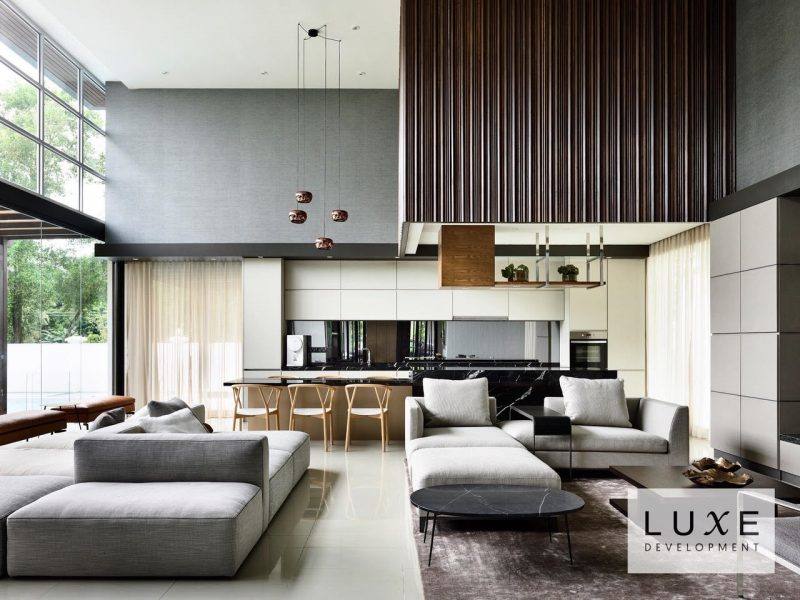 And that cosy-feel isn’t just restricted to the interior area of the residence; it flows undisrupted outdoors, extending itself to the outdoor patio just outside the sliding doors. Open the doors, and you’ll have an instant connection between the indoors and outdoors, perfect for occasions like a BBQ session with friends and family. 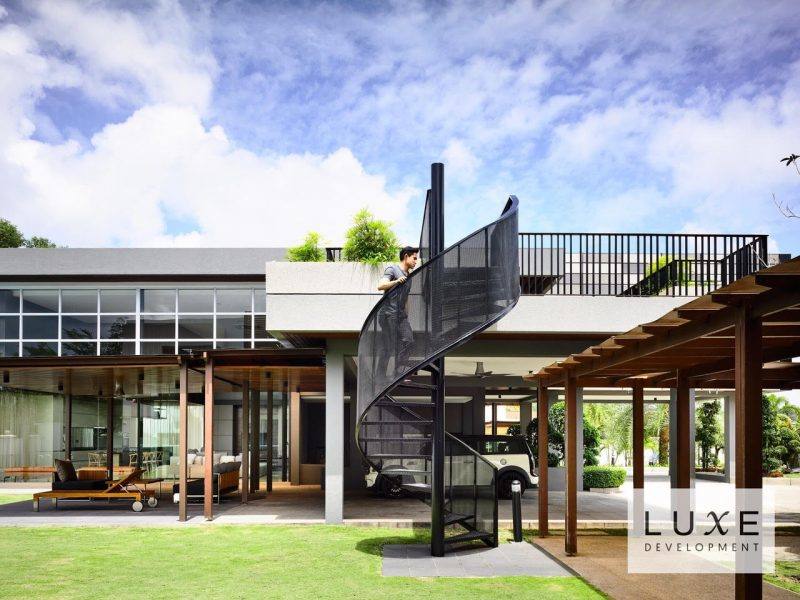 Connected to the patio is a spiral staircase that leads to another open, outdoor area – a rooftop garden that sits right above the garage. They’ve become popular in recent years, especially in urban areas, and for good reason. Not only do they look beautiful, but in the design context of this particular residence, it’s yet another space that allows the family relax and unwind together. 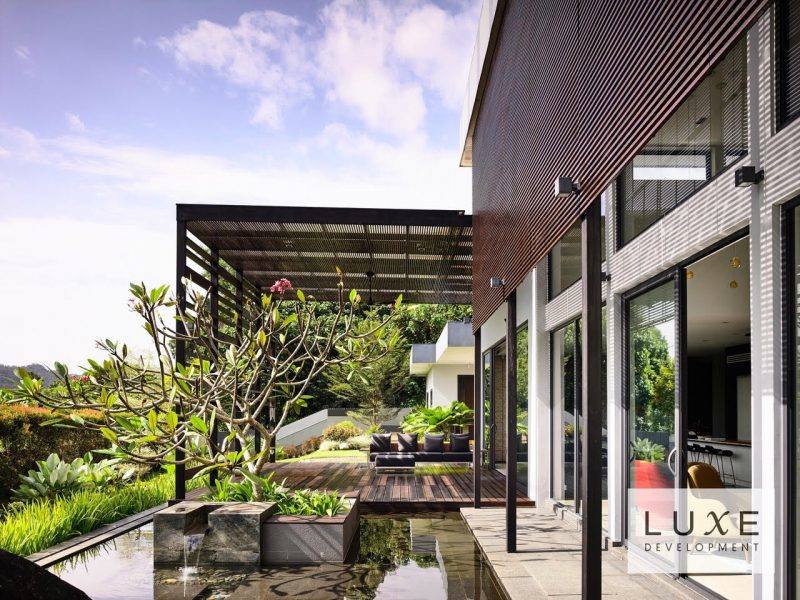 Aged doesn’t have to mean defunct, and this next residence is proof that an ancestral home can still possess elements of contemporary design, while preserving the timeless elegance and sense of tradition.

In addition, the client was also an avid collector of artwork, antiques and books, which Luxe Development had taken into account when proposing a design for the renovation of his residence.

Keeping in mind the client’s request in retaining the essence of the original home, and his particular interest, the choice in design was then to propose a living space that allowed him to display his collections in an area that’s open and accessible. The concept also serves to give the space a touch of personality, making it look less like an exhibit. 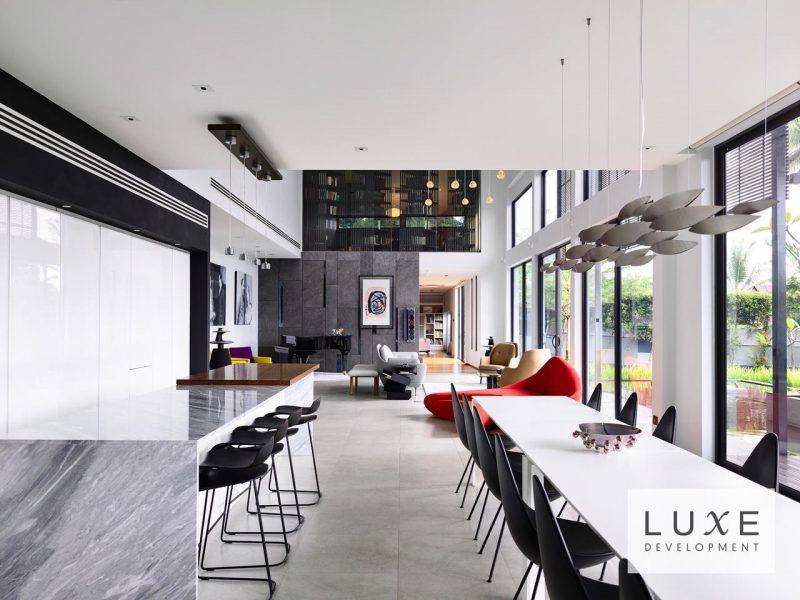 Aside from the gallery area, another example of how the home was transformed into a space that had a more lived- in atmosphere, while keeping the modernity of the design, was the conversion of a squash court into a library and living room. The newly renovated library, specifically, houses the owner’s vast book collection.

Function and space truly play an important role in the design of this renovated home; as seen from the gallery living space and the library room, the residence was remodeled into a space that could better fit the client’s lifestyle.

Another key feature of the renovation, and a mark of fully utilising the entire space, is the revival of an abandoned backyard, connected to the patio and the newly extended living room. The interior space and the outdoor area are separated by a glazing panel, which serves a functional purpose of providing a barrier from the elements. At the same time, it also gives the illusion of an uninterrupted flow between both spaces.

With the extensive renovation, it was necessary to still keep elements of the original house, but reconstructed into a more contemporary design. The use of materials like wood, stone veneer, glass and motif mosaic was a much-needed breath of fresh air that still respected the essence and style of the original house. 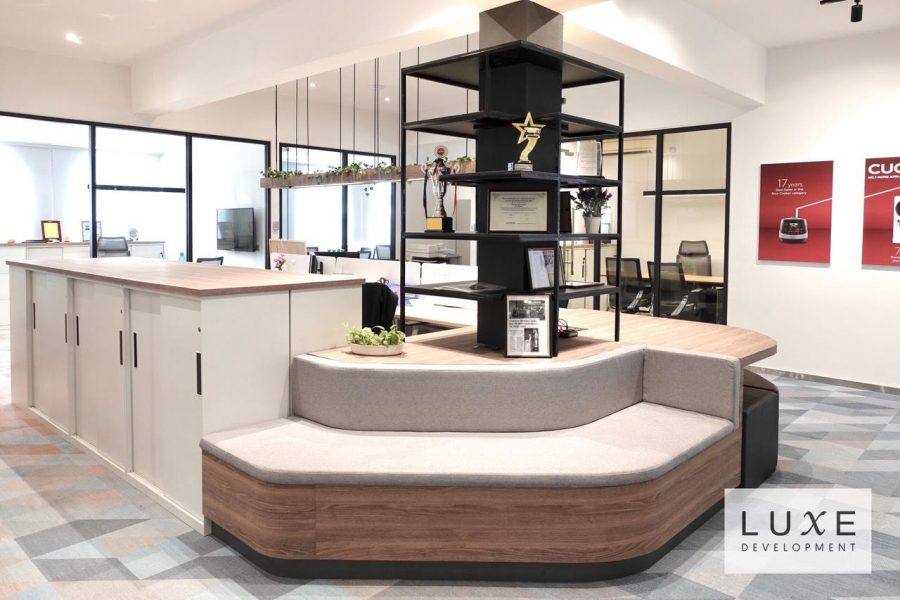 While function and space should go hand in hand, sometimes it takes a creative eye to discern colours and create an illusion of more space, as was the case of the refurbishment of the Cuckoo office in Serusop.

Due to the company’s expanding team, the current office layout was no longer feasible. They also needed a show- kitchen and a conference area to host product briefings and launching.

According to Thomas, Luxe Development was tasked with designing a layout that could provide a bright and interactive environment for the team to work in.

“We used full-height glass partitions to create the illusion of space extension, with a mix and match of colourful flooring design to accentuate the space,” he explained.

The office also had plenty of natural lighting, which the design applied to full use to lend a sense of warmth and cheeriness that a corporate space would need. The generous use of glass, coupled with the addition of other sources of lighting in the space is an efficient combination in enhancing the layout of the office.

“At Luxe Development, we’re very particular when it comes to the layout of lighting. This includes getting the right colour temperature to make your work space functional,” Thomas said, and added that you cannot just use a single type of colour temperature for any project.

Quality lighting design can intensely transform a space, and it definitely rings true in the case of this project. From the natural light entering the office, to the use of task lights, colour temperature plays a major role in making sure the space is comfortable for anyone using it.

Thomas also added that lighting should create a depth of the space. “Instead of just a single type of light beaming from the ceiling down, your eyes tend to feel more comfortable when there’s a blend of different qualities of light,” he explained.

Aside from utilising different lights to put a person more at ease, the use of greenery in the design, hung from the task lights, also evokes a sense of peace. Not only does it improve the overall look of a space, there are studies that also purport its benefits in reducing stress and increasing productivity – important for a corporate space like the Cuckoo office.

Another crucial aspect of the office’s design was the carpetwork. Carpetwork can have a dramatic effect in a huge space. In fact, a significant amount of the design process was spent working on the colours of the carpets for the office; there are 17 different types of combinations alone.

Thomas explained that the carpet at the entrance of the office is blue, and the colour was chosen as it represents water, stimulating a sense of peace. The colour also serves to create an atmosphere of calm and order – perfect for establishing a healthy work environment.

He added, “The colours and patterns will also transition to other variations. We make deliberate decisions for every little thing that we choose and place within a space; there’s a reason behind all of it.”

However, despite the varying patterns and colours, everything is seamlessly connected together to portray a cohesive look of the design.

“The challenge lies in how to ‘play’ the language consistently,” he said.

Thomas also shared a quote that he came across during an exhibition for Verner Panton, which goes: “Choosing colours should not be a gamble. It should be a conscious decision. Colours have a meaning and a function.” 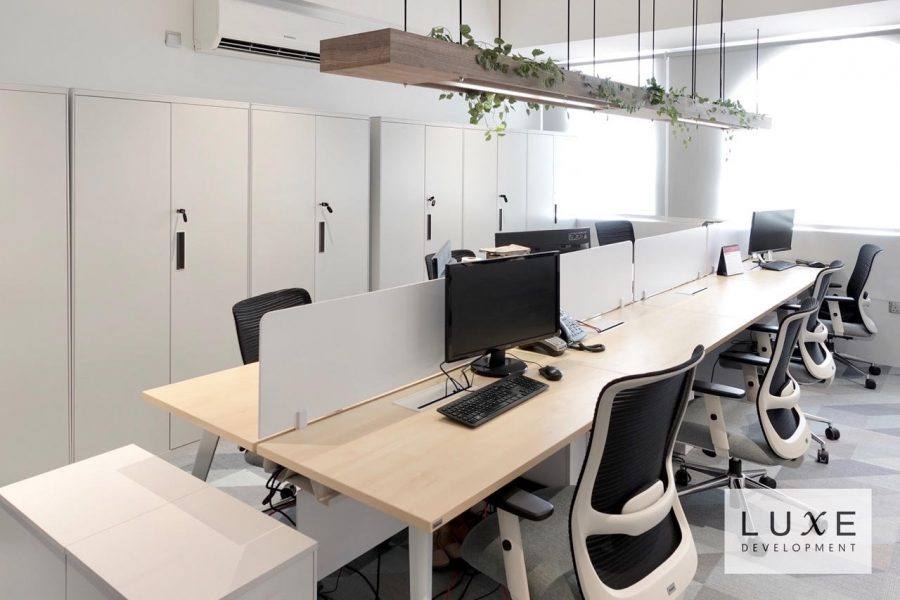 Is It Time For You To Renovate?

Which of these examples will you be hoping to incorporate into your home? And while you’re here, click this link to find out how you can make your perfect home a reality.