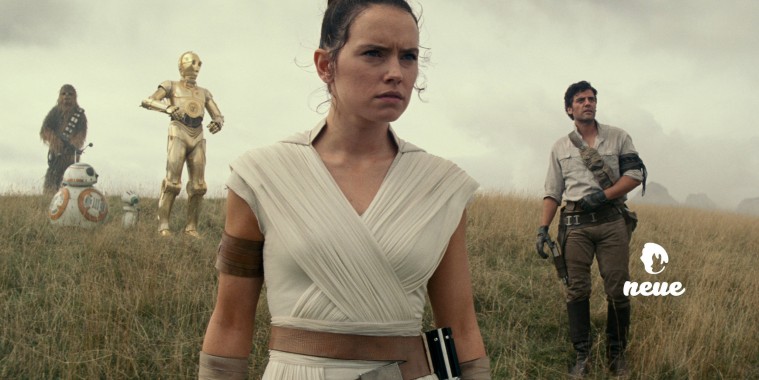 May the 4th is upon us! It’s the day when fans of the intergalactic science-fiction franchise-phenomena Star Wars rejoice, coming together from all-over-the-world, to celebrate the fact that George Lucas invented the idea of spaceships in his head through bird-watching, dating back to the year 1977. 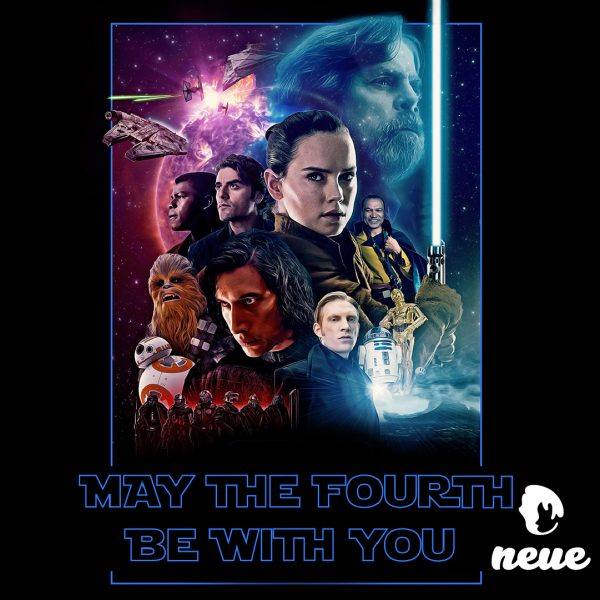 To commemorate May the 4th (May The Force, for those who are unfamiliar), Neue breaks down the trailer for the box-office finale, ‘Star Wars: The Rise of Skywalker” (see trailer below).

This final episode releasing worldwide will be in cinemas in December 2019. Hold onto your blasters, for these are our thoughts on what the ‘Force’ was going on, in the trailer. We’re going at ludicrous speed!

The trailer starts off at a desert planet, with fast pants, which slowly turns into deep-concentrated breaths. Luke’s voice narrates, “We passed on all we know”, “A thousand generations live in you now– but this is your fight”.

The camera pans towards her view, and we see a tie-fighter heading straight towards her. Rey accepts the challenge, turns on her lightsaber, turns around, and begins running away from the fighter-ship. Seconds before impact, Rey does a slow-motion back-flip – before the screen cuts to black.

So what’s up with this first segment? Rey, along with Luke’s voice shows that she has been through intensive training, plus, what planet is Rey currently on? Jakku? Tatooine? Who was in the tie-fighter? Many have speculated that it might be Kylo Ren, but his ‘Tie-Silence’ looks entirely different from the ship trying to battle-ram Rey. Also, Rey has rebuilt Luke’s lightsaber! After it was broken in the previous episode. Luke does hint a “we”, does that mean that there would be appearances from other Jedi ghosts? Master Yoda?!

Is This Leia’s Arc?

The next section of the trailer teases us with a ship, probably landing on a new never-before-seen planet, with environmental hues of blue shades. The city, which has a pointed structure protruding about, could these be hinting a new Jedi temple? Sharp ears were quick to pick up that the theme playing over that scene was a newly-remade Leia’s theme song.

But all of the Jedis were killed off by Anakin and Order 66 in the previous films, however, episode 8 does show hints that the Force can be awoken again, in young children. Later on in the trailer, there is a top-down shot of the medal that Leia awards Han Solo at the end of the First Episode.

One thing that irks viewers, is how are they going to handle the tragic-saddening death of Carrie Fisher (Princess Leia)? Seeing how Episode 9 was supposed to be Leia’s defining story arc, Episode 7 was obviously Han Solos, following Episode 8 as Luke Skywalkers. Tearjerking as it is, there is a scene later on in the trailer that shows an empathetic Leia hugging tightly onto Rey, how did they recreate this scene? Was it reused from the previous movie?

The very confusing-struggle of power with Kylo Ren may come as an annoyance for some fans, but I personally think, that, that’s what makes his character depth even more intriguing. In the trailer, Kylo Ren seems to be in a blood-dyed forest, alongside the Stormtroopers of the First Order, fighting what seems to be hooded-figures, could they be fighting the Resistance fighters? Or a much larger secret? Kylo crushes one of the hooded-figures with the cross-guard of his lightsaber, slamming him (?) to the ground.

A short, and honestly quite symbolic part of the trailer shows the helmet of Kylo Ren, being welded back together. After Kylo smashes his helmet into the wall, out of sheer anger, or angst. What makes this part so eye-opening is that both Kylo and Rey both reconstructed items which symbolise the sides that they are fighting for. Rey, Luke’s lightsaber, and Kylo, his helmet.

The very close-duo are finally-yet-again reunited, as they both stare away from the camera, to the distance, they are both later seen, together with C3PO, speeding away from unknown fighters, looking like absolute pirates.

BB-8 makes a comeback, together with a new bot ‘D-0’, which is modelled to look like a duck. Both bots, while making their usual beep-boops seem to be in some kind of droid-workshop, and later seen on the visor of BB-8, there seems to be a fire or explosion in the distance.

One thing that big Finn fans notice is that he finally has his own set of individualised clothing, no longer donning his deserter armour or Poe’s jacket. As a bonus, we got to see the Millennium Falcon blasted into hyperspeed, piloting it are Chewbacca and Lando, not Donald Grover Lando Calrissian, but the original Billy D Williams, shooting his iconic cackle as the ship jumps.

The final seconds of the trailers show our unlikely team of misfits banded together as they stand firm on the edge of a grassy-cliff looking at the back of the camera. As the camera turns to see the point-of-view of the characters, we see a massive mountain-like structure in the far distance. Everyone, including me, will be willing to place our bets on the Death Star guess, the huge chunk seems to be the enclave of the Death Star, the part where the laser is shot from.

J.J. Abrams has stated that this Finale will band the whole team together in their final quest, not like the usual split from previous episodes, the whole group will be included as they face a threat that was hinted at the very last second of the trailer. Fans were sceptical initially, whether the massive graveyard was the Death Star, but after a very familiar evil-chuckle, that honestly gave me nightmares as a kid, from none-other than Emporer Palpatine. Not him again.

December is a long– long time away from now, here at Neue we all support the Jedi! The Light side! The Force is strong in this one! What about our dear readers? What are you planning to do this 4th of May? A long weekend deems a Star Wars movie marathon! May the 4th be with You!

Ps. Peter Mayhew, the actor playing Chewbacca had recently passed away. Our hearts go out to his family and friends.

“We are deeply saddened today by the news of Peter Mayhew’s passing. Since 1976, Peter’s iconic portrayal of the loyal, lovable Chewbacca has been absolutely integral to the character’s success, and to the Star Wars saga itself.”-Kathleen Kennedy. Lucasfilm remembers Peter Mayhew, read more at StarWars.com.