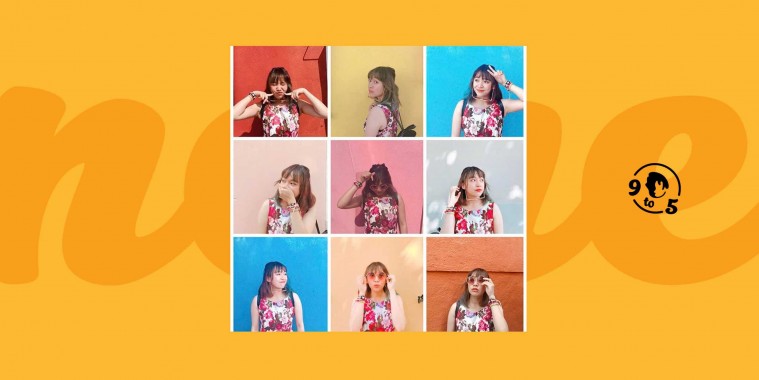 This week, we find out What’s Neue with Tina Afiqah (@tinkqsaur), a 22-year-old who practised the holistic methods of creative therapy (art, drama, music, dance therapy) in the United Kingdom and South Korea.

She came back to Brunei looking for a job only to be left underwhelmed by the fact that a majority of the nation’s health industries lack therapeutic methods as an approach to healing.

“As someone who had been bullied and isolated too throughout my years of high school, I know how difficult it is to find a safe space where one is able to feel free to be themselves,” she told Neue. “Thus, I created Artist’s Corner (@artist_corner.bn) in hopes of encouraging both artists and non-artists to come together to regain confidence, as well as to form new friendship circles through teamwork and producing artwork.”

In her personal IG account (@tinkqsaur), Tina would often share her past experiences with eating disorders, bullying and struggles of fitting into society. According to her, this account was always intended to inspire people to live their life to the fullest, feel comfortable in their own skin without feeling the need to impress others, and to appreciate all the little things in life.

Her other official IG account (@artist_corner.bn), meanwhile, is aimed at sharing artworks produced by fellow artists. According to her, most of the artworks reflect glimpses of the artists’ dark and troubled pasts handling depression, insecurities, etc.

Without further ado, let’s see how Tina responds to this week’s #Neue9to5 questions. 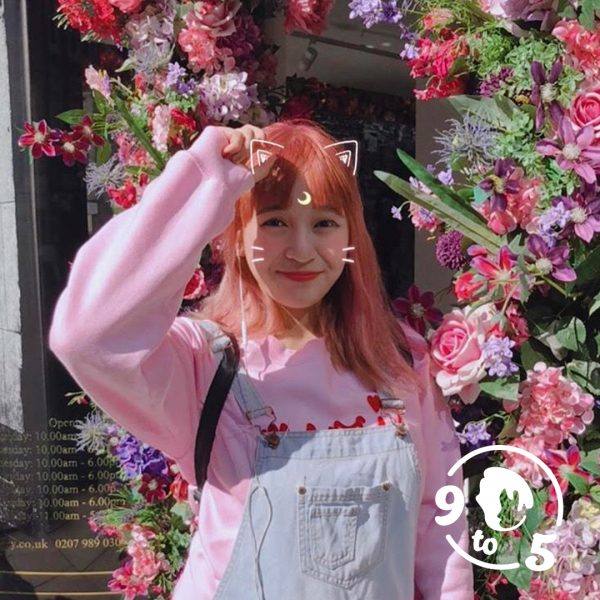 1. Can you explain to our readers the benefits of creative therapy? 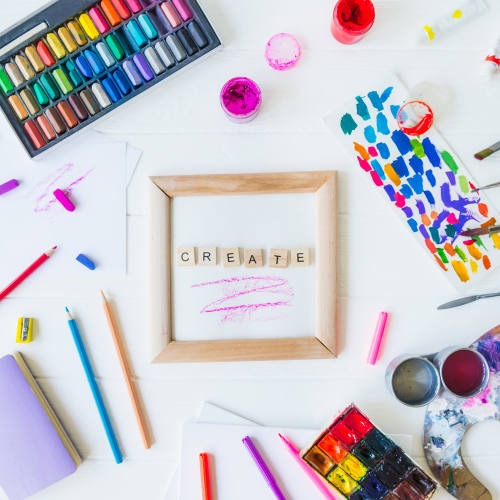 One-on-one sessions with a professional can be a long process. I say this because it takes an awful lot of trust before patients fully open up and be comfortable enough to talk about their problems and feelings.

Some people are just not that comfortable with traditional methods of therapy.

This is where creative therapy comes in by offering a more practical approach to healing. For instance, people could use art to draw how they feel, or perhaps use dance to release any tension or frustration that they may have.

2. In this part of the world, do you think that some people may “not believe” in this?

Perhaps creative therapy is still fairly a new concept in this part of the world. Perhaps people are hesitant at trying out new things too.

There have been many instances as well, where parents misunderstand and think their children are “playing” too much, rather than working on their progress and development.

However, in actuality, creative therapy encourages patients to channel their creative neutrons in order to release endorphins that link to happiness.

3. What do you have to say about the creative industry in Brunei?

I was saddened to hear that the art community in Brunei was still under appreciated.

Many of them have told me that they have, at times, felt disheartened to share some of their artworks because of some of the locals’ conservative views.

That said, this was why I started Artist’s Corner, which is located within my dad’s toy store @marvel.lush_store at Qlap Mall.

The aim is to encourage artists to feel free to produce as much art to their heart’s content. It also gives them an opportunity to earn a little income too from what they enjoy doing the most. In fact, artists are free to put their artwork up for sell.

There have also been many instances where customers have expressed their interest in signing up for art lessons. This is when I would contact an artist who specialises in a particular style or technique so that he/she could earn some money and at the same time impart their knowledge to others.

4. What do you hope to see become a reality in Brunei, say over the next 10 years?

I would definitely like to see the health industries in Brunei become a little bit more open-minded about taking risks with different approaches to healing. Alternative holistic methods should be considered. I also hope that the government would also be less strict about allowing the younger generation to express themselves, especially the creative and artistic community.

5. Would you rather lie to your friends so as not to hurt their feelings? Or tell the truth knowing that it would hurt them?

As a therapist, I have learnt that it is always important to TELL THE TRUTH!

If I were to be too nice to the patient all the time, eventually my judgement wouldn’t be so valid anymore and I’ll be mistaken as being far too nice instead.

As assuring and comforting nice words can feel to a person, I feel that if I am always honest, my advice and opinions would value more to friends and family because they know there would always be some validity in what I’m saying.

6. What are your thoughts on being “friend zoned”?

People have always seen me as a friend figure … perhaps because of my tomboy personality? So I’ve gotten used to it. There’s nothing wrong with being part of a zone. After all, I’d like to think of it as being part of a district in Hunger Games! For me, it would be District 4!

7. What did you think was “cool” back when you were a kid – but is NO LONGER cool now? Be honest 🙂

Being popular and feeling the need to be part of a group.

As I grew older, I realised that all my insecurities and efforts of wanting to fit in and to be accepted so badly by everyone else didn’t matter because after high school it really didn’t affect how I did in the future.

No university or job interview is ever going to ask about your popularity ranking in high school, or how many friends you have.

Sure, from all the years of being isolated … it did affect my social and communication skills for a little bit, but other than that, I think that so long as you worked hard from the very beginning to achieve your goals, that’s all that matters!

Besides, now that I’ve graduated, I’ve hardly seen anyone from my high school days (who used to be nasty to me).

8. Let’s say you could take something back that you said to someone way back when. What would it be?

My parents divorced when I was 4, so I grew up believing that love doesn’t last forever.

As I grew older, however, I have come to realise that although their love for each other had faded, they still loved me.

I was just really disappointed it took me this long to realise.

That said, I can confidently tell you that I would not take anything I said back. I just wished that I had appreciated my parents a whole lot sooner!

9. What’s something that you wished more people appreciated more in life?

The company of animals for sure! People nowadays have their phones. Kids who feel like they have no one to talk to, now turn to strangers on social media, whereas back in my day, I had no one to turn to but my dogs and cats. You can never find a love that is more unconditional than the love of a dog. You can never seek better comfort than the cuddles of a cat. I wish more people appreciate that the bond between humans and animals. It is truly special and something that, in my opinion, is much stronger in comparison to human-and-human relationship because human relationships often end, and human friends often come and go.

Ultimate breakfast: None! Because I don’t eat breakfast 🙂

Ultimate lunch: Not to be biased or anything … BUT … my boyfriend and I started a home business called RetroShake! My boyfriend makes the shakes and I make the food. We serve retro-American, retro-British and retro-Korean street food. Using my Korean godmother’s recipe, our best-sellers are usually the spicy Samyang rice cakes that pair perfectly with a cool, refreshing milkshake!

Ultimate dinner: Mini snacks and finger food from either The Mall or Times Square that I would “smuggle” (hehe) into the cinemas while watching movies with my mom, brother and boyfriend.

Aside from that, I always love the food markets here in Brunei. I would ever so often visit the Pasar Malam (night market) for dinner. At the end of the day, it’s important to support the locals! 🤩

2. Do you find pets friendlier than humans? 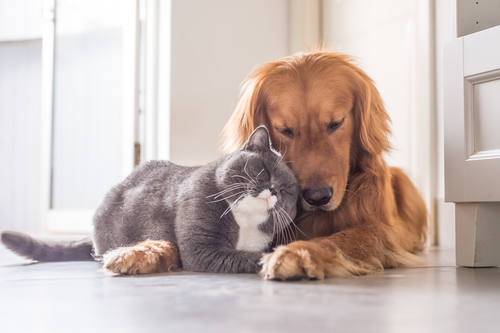 For sure! Humans are quick to judge and hate and reject people based off your appearance, or even just a tiny slip-up on words. Animals, on the other hand, don’t care about how you look or the mistakes you make. So long as you show them love, I do feel as though animals will love you back!

3. What do you find annoying?

Definitely when people are too stuck-up or pretentious!

4. Would you rather have unlimited international first-class tickets or never have to pay for food at restaurants? 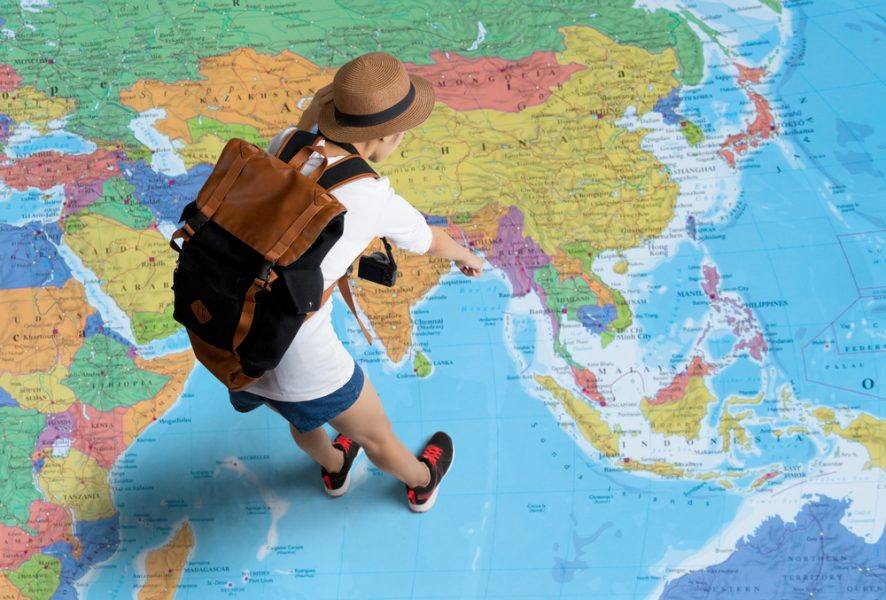 Would this be just a one-time thing or something that would happen often? Hehe!

But if I had to pick, I’d pick the international tickets because there’s still just SO MUCH of the world to cover.

It is impossible for anyone (not even the most skilled of travellers) to claim that they have covered all of the Earth and seen everything.

5. Name the top 5 things you’ll take with you during an alien invasion.

First things first … is this a “good” alien or “bad” alien?

Bonus question: What would you like to say to all our Neue readers? Do you have any words or inspiration or a life story you’d like to share?

For someone who restricted herself from eating so many wonderful food all due to trying to lose weight, from all the years spent isolated from society and opportunities, I’d say life is far too short, so please live it to the fullest! Eat the food you want and try the things you’ve always been so scared of doing. 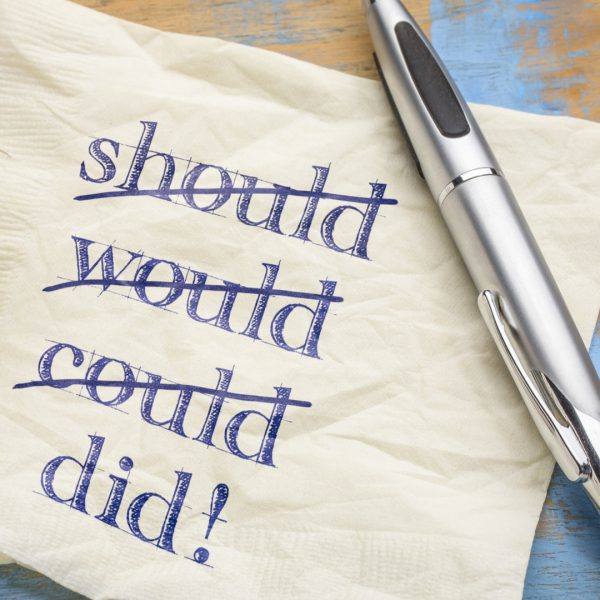 Even if you have failed, it will feel so much better knowing that you’ve done it rather than not doing it at all, wishing you did and wondering whether it would’ve ever worked.

Also, to all other social influencers with perhaps a far bigger following, I’d like to implore you, to perhaps please consider helping spread more positive life lessons and messages rather than just to post Instagrammable “ootd” pictures with minimal captions.

Sometimes the ones following you are kids who look up to you. We wouldn’t want to be raising a generation where all they care about is fixing the outside rather than the inside!

Teach your followers to be kind, encourage them to donate, perhaps even inform them about what’s happening to the planet (such as pollution). Or perhaps raise awareness about the local strays that are in desperate need of loving homes.

Remember, the right photo (if there’s a strong message) can really make a difference in reaching out to SO MANY people!

See You In The Next #Neue9to5

You can get in touch with Neue by dropping an e-mail here or tagging them on Neue’s social media platforms, Facebook or Instagram. (Images: Shutterstock/GIPHY)