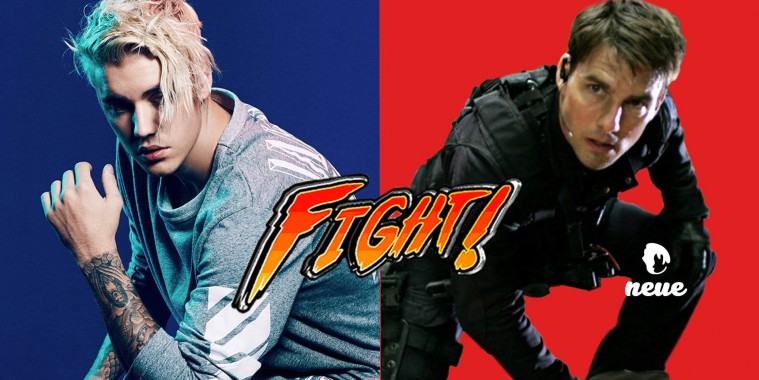 Justin Bieber Tweets That Made The World Go ‘Huh?’

The Ultimate Fighting Championship (UFC) is no stranger to controversy. Take for instance, the aftermath of 2018’s UFC match between Khabib Nurmagomedov and Conor McGregor. That was indeed one of the most insane moments in sports history! Don’t you agree?

Well, if pop singer Justin Bieber’s recent tweet (provocation?) is any indication, things may be getting a whole lot weirder for 2019 as far as celebrity feuds are concerned. 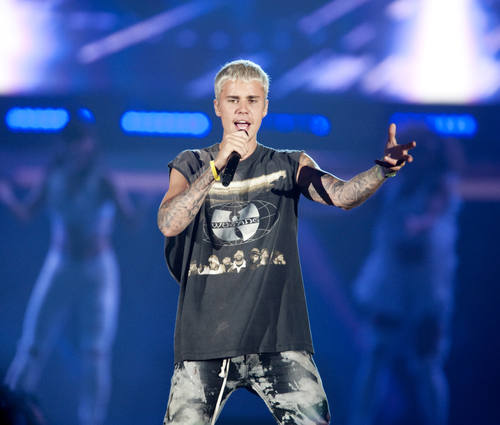 That sounds like a dream match if you ask me. Well, maybe if it was for “Celebrity Deathmatch”, a stop-motion animation parody series that originally aired from 1998 to 2001 on MTV!

For reasons unknown, the 25-year-old singer challenged the 56-year-old Hollywood star to a fight.

I wanna challenge Tom Cruise to fight in the octagon. Tom if you dont take this fight your scared and you will never live it down. Who is willing to put on the fight? @danawhite ?

“I wanna challenge Tom Cruise to fight in the octagon,” Bieber tweeted. “Tom if you dont take this fight your scared and you will never live it down. Who is willing to put on the fight? @danawhite?”

If you’re wondering who Dana White is, he’s the head honcho of the UFC, which is the world’s largest Mixed Martial Arts (MMA) organisation.

Meanwhile, former UFC champion McGregor was totally down for the Bieber vs Cruise fight.

If Tom Cruise is man enough to accept this challenge,
McGregor Sports and Entertainment will host the bout.
Does Cruise have the sprouts to fight, like he does in the movies?
Stay tuned to find out! https://t.co/TxsH9KUyFg

“If Tom Cruise is man enough to accept this challenge, McGregor Sports and Entertainment will host the bout,” McGregor tweeted. “Does Cruise have the sprouts to fight, like he does in the movies? Stay tuned to find out!”

McGregor (being the man who we have all gotten accustomed to) also could not help but to call out Hollywood actor Mark Wahlberg.

I challenge Mark Walhberg on the very same card.
Back when mark wahlberg was marky mark, I’d’ve still slapped the ears off him and took my ufc shares back.#Shares #Streams #Dazn #Espn
McGregor Sports and Entertainment

According to an Express report, McGregor has long been vocal about his desire to own a stake in the UFC, first declaring his intentions after defeating Eddie Alvarez for the lightweight belt in 2016. Wahlberg is one of many celebrities who own UFC shares, after the company was sold by Dana White and the Fertitta brothers – Lorenzo and Frank – back in 2016.

As far as I’m concerned, Bieber’s recent fight challenge has got to be one of the most random tweets he’s ever published.

Read on to check out Neue’s compilation of the most random tweets posted by the ‘Baby’ singer.

the reporter asked me if i was dating. I said i go out on dates. but nothing serious. Im still single and ready to mingle. haha.

If chickens could say love me love me that would be awsome.

why on a plane they always make u turn ur electronics off when taking off and landing…isnt it more dangerous when ur up in the sky??

does anybody put doritos in their subs from subway…I Do.. hah its soo good.. i also like celery and peanut butter. both combos are AWSOME!

i stink at math! ughhh.

gonna nap…yeah i still nap. naps are cool. who doesnt like naps?

If I could be any animal I would be a liger.. Cuz there sweet..

….that is why i like twitter. i can say it how it is. no one twisting things

We’d Love To Hear From You! 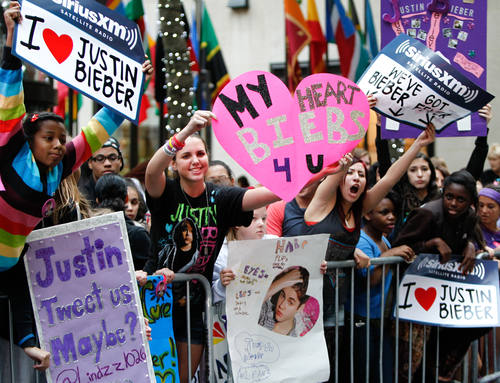 What do you think of Bieber’s recent tweet calling out Cruise for a fight?

Do you think it’s just a publicity stunt?

Or has Bieber, in fact, sealed his (doomed?) fate with a “Mission: Impossible” of his own?

Let us know in the comments below or reach out to Neue on Facebook or Instagram. (Sources: Buzzfeed & Complex; Images: Shutterstock & Giphy)