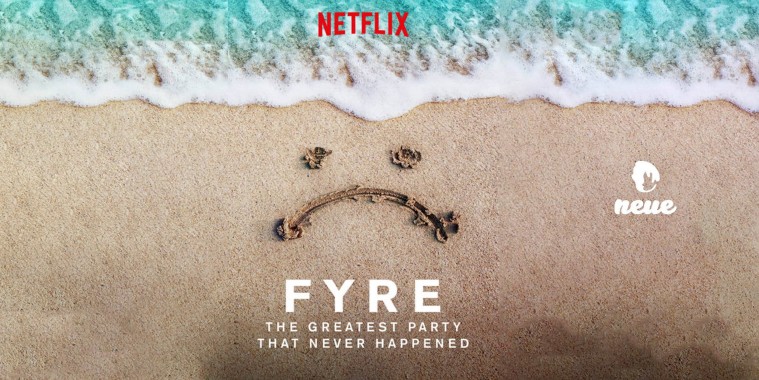 Should Social Media Influencers Be Regulated?

A few years ago, I was coincidentally at the same sushi bar as one of my favourite YouTubers, Kurt Hugo Schneider and managed to take a photo with him, and part of my caption said, “Wasn’t planning to meet a celebrity today while eating cheap sushi”.

A couple of people were confused as to how someone who isn’t in the mainstream spotlight could be considered as a famous person (despite the few million subscribers he’d already amassed back then), but he was one to me. I watched him grow in his reach and the kind of videos and music he made over a period of four to five years — someone like that was influential, in my mind.

Obviously I wasn't planning to meet a celebrity today while eating cheap sushi (see the messy hair bun and lazy plaid-tee combo), but how could I pass up the chance to take a pic with @kurtschneider? Been a fan since 2009! 😍 #myeverythingisstillshaking #sherlyinLA

Nowadays, there’s still a stigma around people who make their living off of social media and how they shouldn’t be considered as legitimate household names along the lines of A-listers, but some of them undoubtedly live like one. Even a micro influencer who has 10,000 to 50,000 followers nowadays can pick up a few thousand dollars per post, according to Vox. Huda Kattan, who is the founder of popular cosmetics line Huda Beauty topped Hopper HQ’s Instagram rich list last year, and is reported to earn a whopping US$33,000 per post.

In fact, just take a look at this video of Jeffree Star showing his vast collection of luxury items, stored in a vault that’s painted his signature pink and equipped with bulletproof walls, and that’ll probably make you wonder just how much money do social influencers really earn just by being on social media.

Granted, the bulk of Star’s net worth is made up of his cosmetics line, but he got his start from one of the OGs of social media platforms, Myspace back in its heyday, and it goes to show that there is power in this kind of ground roots level marketing that’s supposed to promise you an authentic experience that you wouldn’t get with a huge, no-face brand.

Before we go any further, however, it’s probably best to look at the definition of a social media influencer first.

Urban Dictionary has a pretty colourful definition to give, but an influencer is essentially someone who has a following in a particular niche that they actively engage with, and have the power to affect their purchase decisions and that of others, whether that’s due to their knowledge, authority or their relationship with their audience. They have credibility with their audience, and can persuade others to engage with something they’ve specifically endorsed.

Social media influencers are incredibly relevant to brands in this day and age, especially when consumers have become less brand-loyal and more tech-savvy than ever — a bad review may not be enough to sway someone, but 10 of those against 2 positive reviews will not measure up to their scrutiny. In the same way, an Instagram photo of your favourite influencer endorsing a new detox brand that aids in their healthy lifestyle might just convince you to check out the brand and try it out for a spin — which leads to sales and visibility for the brand.

Medium lists down these reasons as to why social media influencers are so influential: credibility and social proof, attractiveness, and finally, relatability and the millennial crowd. And they make absolute sense. What it essentially comes down to is the idea that a social influencer markets themselves by using a human approach that’s not possible by a brand, and that’s one of the biggest reasons why they’re often a huge part of a brand’s marketing campaign to spread awareness and reach demographics that are harder to do so. Most of the time, it goes reasonably well.

And then there was Fyre Festival.

Two documentaries on the disastrous event aired on Netflix and Hulu earlier this year that aimed to encapsulate what exactly happened to a music festival that was marketed to be an “immersive music festival” that promised to be the experience of a lifetime.

Much of it was due to the negligence and outright fraud that entrepreneur Billy McFarland, owner of Fyre, had executed throughout the entire process of setting up the festival.

But the Fyre Festival really only took off because a significant number of the top influencers on Instagram that included vloggers, supermodels and other celebrities had contributed to the marketing campaign when they were paid to post a photo of a burnt orange tile on Instagram and hashtagged it as #fyrefestival.

And that’s where ethical questions come in: did these people have any idea what exactly were they promoting? Why didn’t they tag it as #sponsored or #ad? How much responsibility do they bear in making the lives of the people who attended the festival as miserable as it sounded through their tweets?

So Fyre Fest is a complete disaster. Mass chaos. No organization. No one knows where to go. There are no villas, just a disaster tent city. pic.twitter.com/1lSWtnk7cA

We will probably never find out the answers to those particular questions. But it also raises a couple more: how influential are these social media influencers really, and what effect does that have on their very public lives and the audience that they engage with?

The influence of social media influencers

Disregarding the Fyre fiasco, the answer to that first question is overwhelmingly obvious: influencer marketing drives sales, and it shows. However, it’s the second question that carries a lot more magnitude, especially considering the very fact that these people market the products from brands that have engaged them to do so, by incorporating said products in their day-to-day lifestyle viewed by thousands, even millions of followers.

The Internet is pretty unforgiving when it comes to scandals, misdemeanours and the like, ruthlessly cancelling people who they’ve deemed to have opinions that can be construed as derogatory or behave in a manner that isn’t politically correct. Influencers are most often faced with the brunt of this (the YouTube beauty community can’t seem to contain all the ‘tea’ they keep spilling on each other) because they are the ones most actively engaging with their audience.

And it’s pertinent to remind ourselves that these influencers are human, just like you and me. They will slip up and make mistakes — but what they should also be doing is learning from their mistakes so they won’t repeat it again. Not only are the actions of these social influencers constantly scrutinised, but there’s a certain expectation that this comes with all the other free perks of their job as someone who’s chosen a path that makes them live under a spotlight; or at least, in the endless boomerang loops and #sponsoredcontent on your phone. 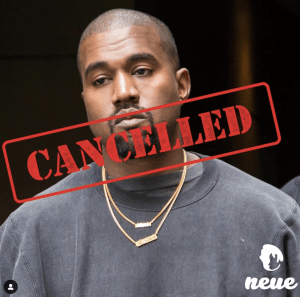 And that expectation is neither wrong nor misplaced; their audience look to them for opinions that, while may not be completely unbiased, but are still authentic enough for their followers to continue to place their trust in these influencers. That’s a tough spot to be in — how many of us have heard “This is my unbiased review/opinion/thoughts on so and so product” and wondered, are they really telling the truth when they don’t even state if the product came from a PR box?

To add on to that, we as consumers also feed into this cycle; every comment, positive or otherwise will still generate visibility for them and their brand. Every mention of them is a step towards propelling them to the top trending page and while it can be easy to condemn these influencers when they may not have conducted themselves in an appropriate manner, we too are complicit in elevating their name through our tweets and comments on social media platforms — platforms that these very people possess the most power on.

So should social influencers be regulated?

At the end of the day, there’s probably never going to be a concrete answer to that question beyond creating laws that will make them more transparent in the eyes of the public, especially with regard to the products they market and the brands they have an active partnership or collaboration with. Nevertheless, in the same way that we try to be smart about what we consume when it comes to the food we eat, and the clothes we wear, we also need to be smarter than ever about the people we choose to embody as well.

After all, what may look like a fantastic party, may just be the biggest con in modern day history.

Do you follow any particular social media influencers? Or do they have little power on your decision to buy either a Nike or Adidas pair of sports shoes? Let us know your thoughts in the comments below or on any of our social media platforms, Facebook or Instagram.