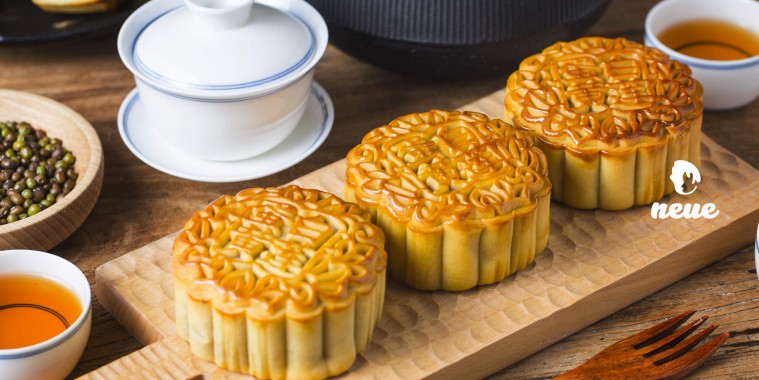 Be sure to loosen your belts for all those mooncakes because the Mid-Autumn Festival will fall this coming Friday (September 13), which so happens to be the 15th day of the eighth lunar month.

But did you know that there’s more to it than just stuffing yourself with mooncakes?

Read on to learn about some surprising facts about the Mid-Autumn Festival. 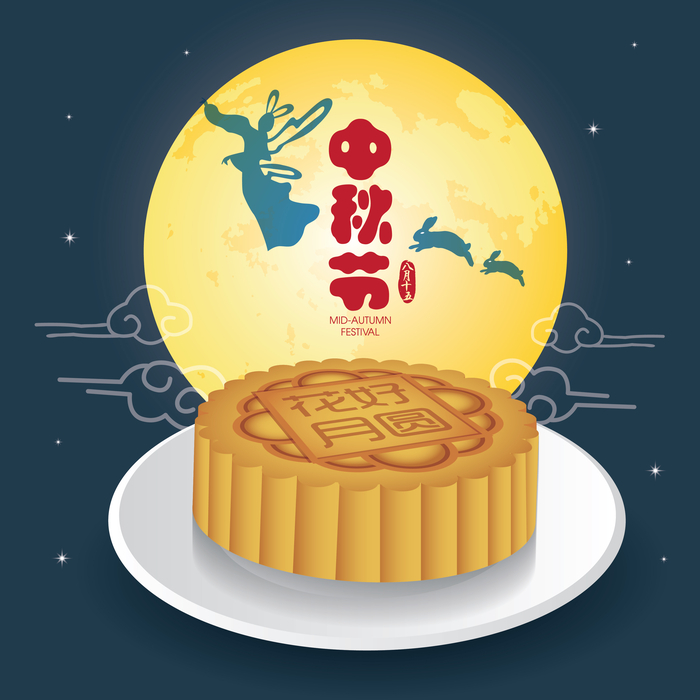 The central legend associated with Mid-Autumn Festival concerns the deity Chang’Er. This tale tells of how, long ago, the Earth had 10 suns, the heat of which ravaged the world with a terrible drought.

At the request of the Emperor of Heaven, the great archer Hou Yi shot down nine of the suns, saving life on Earth. As a reward for this feat, Hou Yi was given the elixir of immortality, which he hid in his home, planning to share it with his beautiful wife, Chang’Er.

But while Hou Yi was away hunting, his wicked apprentice, Feng Meng, came to his home to steal the elixir. Chang’Er, determined to keep it out of Feng’s hands, drank the potion and ascended to the heavens, where she took the moon as her home.

It is said that, to this day, those who look hard enough can see Chang’Er’s likeness in the moon. (Source: SMCP) 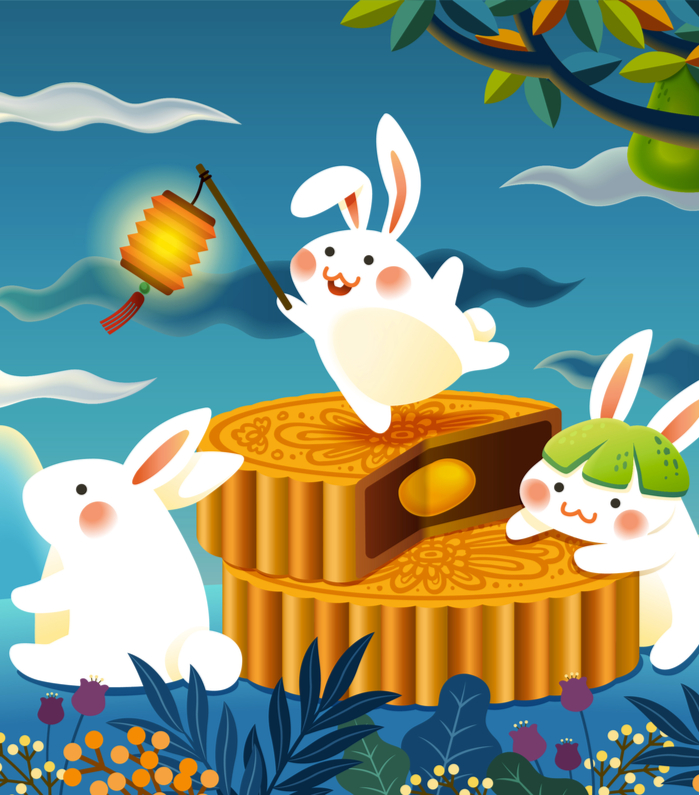 If you’re worried about Chang’Er being all alone and lonely on the moon, fear not. Her trusty companion is the Jade Rabbit who had been sent to live on the moon by the Jade Emperor as a reward for being self-sacrificial. (Source: LittleDayOut) 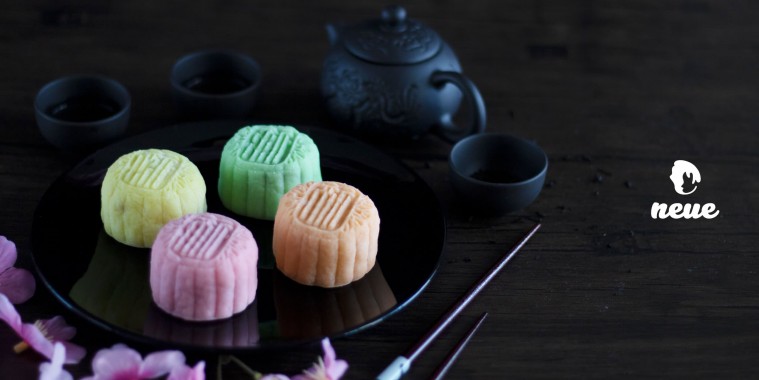 I’ll be honest: I’m not someone who would actually go out and buy a mooncake for myself.

My mother would cut them into 4 pieces and leave them on the dining table for the family.

So I was most surprised to learn that this was, in fact, the “correct” way to eat them.

Let me explain. The round shape of the mooncake symbolises completeness and reunion.

Traditional mooncakes are filled with yolks in the centre to symbolise the bright full moon. Usually, well-wishing Chinese characters are stamped on the pastry crust for good luck.

And according to this article, the correct way to eat them is for the senior member of the household to cut them into slices and distribute them with the family. Interesting, isn’t it?

Another report, meanwhile, suggests that mooncakes are not “one for each person”.

According to traditional customs, the right way to eat mooncakes is that the mooncake symbolising the full moon is cut into pieces and shared by all family members, one piece for each family member.

If there are family members who are not at home, the parents should store those mooncake pieces until they eventually arrive home to taste it.

The moon is seen as a symbol of unity for loved ones, since everyone sees the same moon in the sky despite the distance between them.

In ancient times, the Mid-Autumn Festival was another Chinese “Valentine’s Day”, alongside the Double Seventh Festival (this usually falls in August).

Single people used to pay homage to “the old man in the moon” – the deity who unites people in marriage – and prayed for his help finding true love and getting married quickly. 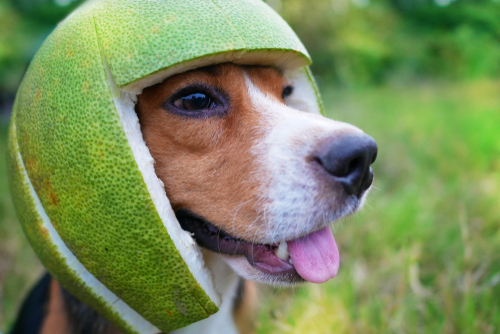 I purposely saved the best for last. Before I proceed, I must admit that this picture cracks me up!

The eighth lunar month is also the season for pomelo fruit.

According to a report by MacauLifestyle, superstition has it that if you put pomelo rinds on your head, the deity Chang’Er who lives on the moon will see it from the moon and answer prayers for pregnancy.

The reason is that the pronunciation in Chinese of “pomelo” sounds similar to having a son.

Which of the facts above surprised you the most? Do you have any facts that you’d like to share? Drop us a line in the comments below or get in touch with Neue via Facebook or Instagram.