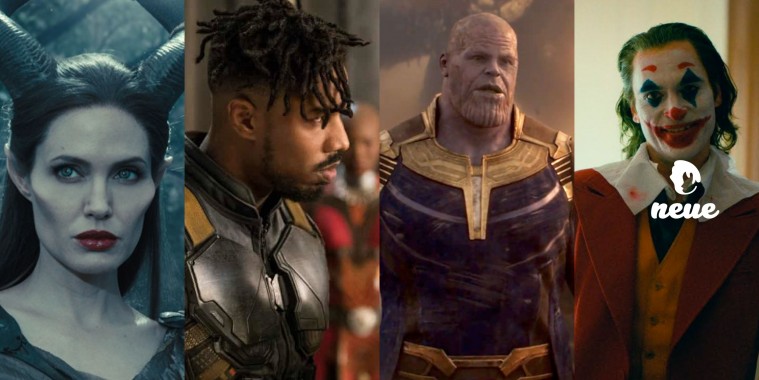 As a child, it was clear who the villain in the story was to me; they were the ones with the nasty smirk, the cruel laugh -- the ones who wouldn’t think twice about getting rid of the hero with whatever nefarious means available at their disposal. You knew who to root for, and it’s never the big, bad wolf.

But nowadays, the big, bad wolf isn’t merely the monstrous beast we know from our childhood stories. He has an entire movie dedicated to his origin story, as is the case of the newly released Joker film, or he was the victim of a traumatic childhood incident, like Black Panther’s Erik Killmonger. Or, his actions were only done for “the greater good”, complete with a finger snap.

And while I welcome character exploration, and picking out the motives of these movie villains, like figuring out why does it have to be exactly half of the world that has to perish (did Thanos take statistics in between torturing his two adopted daughters?), it also begs the question: how far is too far when it comes to empathising with a villain?

The Retelling Of Maleficent

Before the 2014 adaptation with Angelina Jolie, Maleficent was without a doubt a contender in my top 5 list of ‘Scariest Disney Villains’, which includes the likes of Judge Frollo (have you heard ‘Hellfire’?) and Ursula (terrifyingly manipulative). She cuts an imposing figure, she seemingly cursed a baby for not being invited to a birthday party, and she can shapeshift into a dragon. If that’s not terrifying, then you’re a braver soul than me. 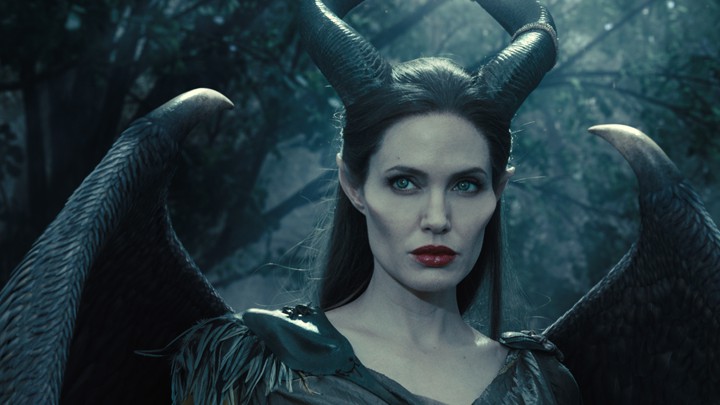 However, Disney’s retelling of the animated movie Sleeping Beauty essentially turns this fearsome villain from my childhood into an anti-hero, rather than a straight up villain. We’re treated to a look at young, sweet and naive Maleficent, who falls in love with a human boy and gets her heart broken, and her wings stolen. This sets her on a path of vengeance, only to be faced with Aurora, the child she cursed herself, and learns what it means to love again.

In fact, it’s the king that comes off as a villain in this one, with his greed for the throne and desire for vengeance on Maleficent. He doesn’t regret not apologise for his actions, while Maleficent grows fond of Aurora, whom she looks after (reluctantly at first), and sincerely regrets her decision in cursing her as a child.

However, removing Maleficent’s role as a villain in the original movie forces us to reckon with the idea that this is a Disney villain whose villainy has essentially been absolved, due to her tragic backstory, her redemption arc, and how she regains the ability to love once more.

At this point, calling Maleficent, at least the Jolie version anyway, feels a bit of a misnomer -- but that remains to be seen, especially with the upcoming sequel, Maleficent 2: Mistress of Evil.

When Black Panther came out, the discourse on whether Erik Killmonger (played by Michael B Jordan) was a delusional rebel fighter, or if his ideals were the right way forward for the liberation of his people, was nothing like the superhero genre had ever seen.

I know very little about black culture and history, and even I was moved by his story. 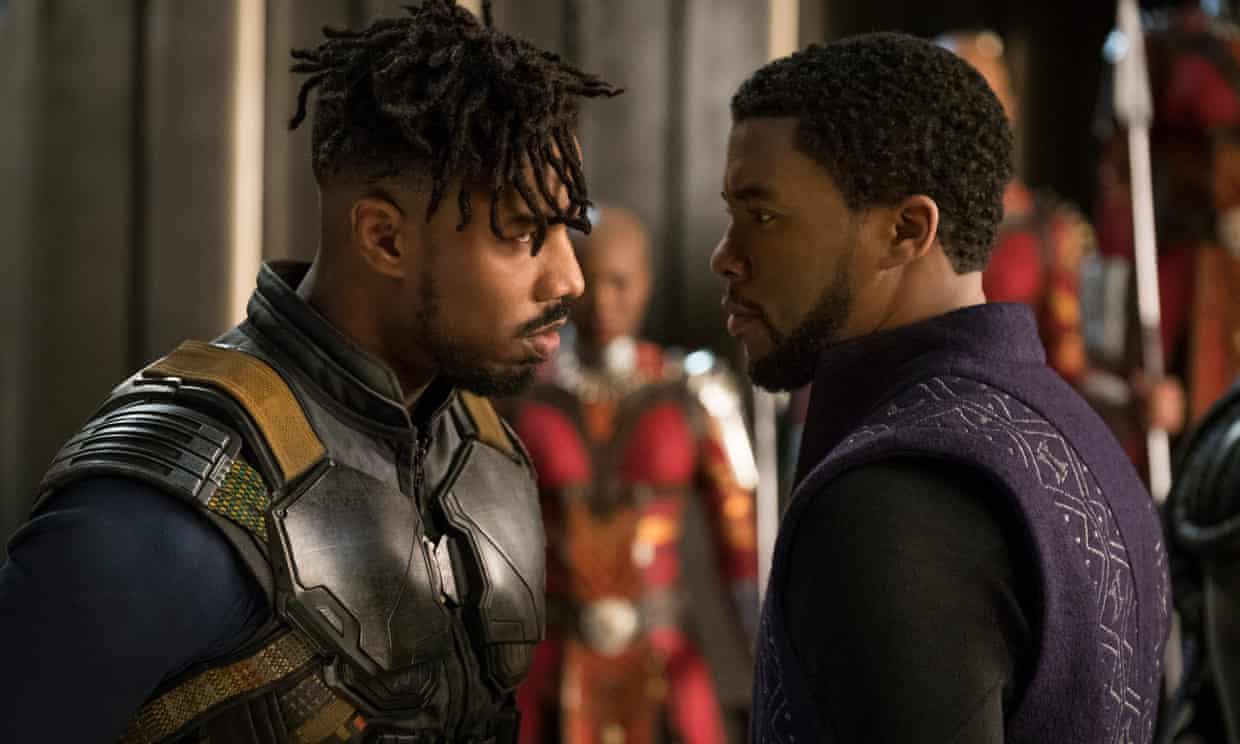 His desire to take over Wakanda was fueled by motives that were more than just a desire to bring chaos or to rule; he wanted freedom and liberation, angry at Wakanda for keeping quiet in light of the plight of their people.

This was a villain that looked nothing like Ultron, a manifestation of Tony Stark and Bruce Banner’s tampering with technology. From one side of the mirror, Erik Killmonger was the hero that so many might have been waiting for, as evidenced by the eventual clashes of the factions in Wakanda.

And arguably, it makes him one of the best villains we’ve seen in recent years, because it’s incredibly easy to empathise with him and his story. Plus, Thanos’ logic that destroying half of a planet’s life in order to allow its resources to flourish is pretty flimsy, considering the fact that the infinity stones could theoretically just produce infinite resources.

Also, the whole torturing his adopted daughters and his descent into rage by the end of Avengers: Endgame definitely undermines his character’s supposed noble ideas and ‘holier-than-thou’ vibes.

While both of them essentially advocated for genocide, it’s a lot easier to empathise with a war veteran coming from a broken childhood, rightfully angry at his own people, than with a huge purple alien dead set on wiping out the Avengers.

And then you have Joker, DC’s most recognisable villain. The Joaquin Phoenix reiteration of the psychopathic clown opened in theatres last week, and there’s already discussions about whether his brand of rage-fuelled violence should be empathised with, due to his plight as a mentally ill man who was looked down upon by society. 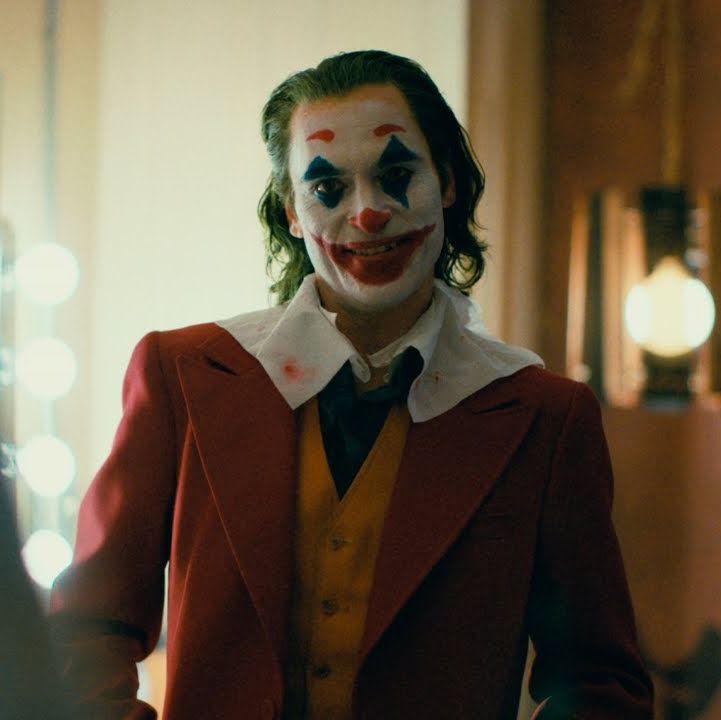 The trailer seems to implicitly endorse its main character’s murderous journey, as Joker gains support from others who might share his plight, inciting them to rebel and turn against the very society that had shunned them in the first place while he climbs his way to the top.

While there’s no telling what this particular Joker might bring to the table without having watched the movie, there’s enough substance in the trailer to make you question: does empathising with movie villains inherently excuse their villainous actions?

The short answer, is no.

The long answer is that there is a difference between empathising and sympathising with the villain’s plight.

To empathise with someone is to understand what they’re going through, but that doesn’t necessarily mean agreeing with them. To sympathise is to view someone else’s actions as not only relatable, but even justifiable in one’s eyes.

Our Choices Are Our Own 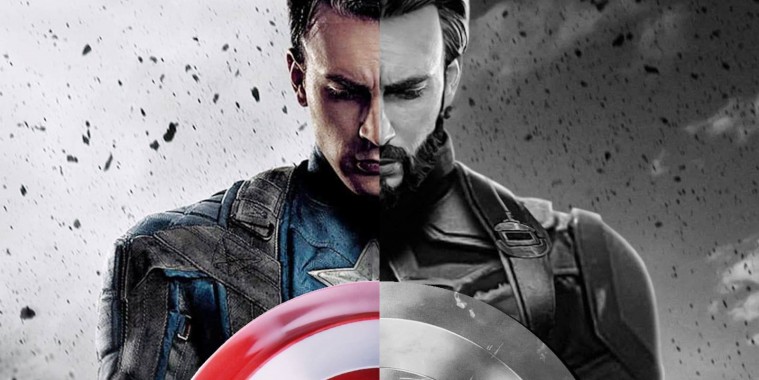 However, empathising also runs the risk of disregarding the fact that we are privileged with the ability to make our own choices.

It isn’t abuse, trauma or isolation that eventually turns a sad person into a vessel of rage and murderous intent -- it’s their reaction to these events that ultimately define them.

Because by merely using a less-than-ideal childhood to explain the root issue of their villainy, we are conveniently forgetting about the people who actually struggle with these issues in real life, and choose to fight them by not succumbing to the darkness, the bitterness and the anger that threatens to consume their rationality.

We are disregarding their battles and their active choices to be better, to rise above and beyond the desire for revenge.

In addition, it puts forward the stigmatising notion that mental illness causes people to become dangerous. It implies that mental illness has a higher chance of turning someone violent compared to someone who doesn’t suffer from it, or that they’re more likely to descent into a spiral of psychosis.

With all that said, it’s great that more movies are fleshing out their antagonists! So, yes. Give me the Maleficents and the Killmongers, even the Thanoses. Give me debates about whether it would have been better to just use the infinity stones to create more resources, and who was really in the wrong in the great fight between Captain America and Ironman in Civil War.

But let’s not forget one very important thing -- they’re antagonists for a reason. There’s a difference between understanding why the antagonist behaves the way they do, and actually agreeing with their actions.

And why are they your favourite? We’d love to know! Share your thoughts down in the comments, or reach us over at our social media -- Facebook or Instagram.

Catch ‘Joker’ At One Cineplex

Oh! And while you’re here, our friends over at One Cineplex have generously sponsored a pair of tickets for a screening of “Joker” this Sunday (October 13). The winner will be selected at random this Saturday (October 12). Check out the Instagram post below:

Who do YOU think is the BEST Joker of all time?⁣ ⁣ Heath Ledger's Oscar-winning portrayal of Joker in 'The Dark Knight' (2008)?⁣ ⁣ Jack Nicholson's wacky and outlandish Joker from 'Batman' (1989)?⁣ ⁣ Jared Leto's heavily tattooed Joker from 'Suicide Squad' (2016)?⁣ ⁣ Or will it be Joaquin Phoenix who plays a failed stand-up comedian who turns to a life of crime and chaos in Gotham City in 'Joker' (2019)?⁣ ⁣ Tell us in the comments below and you could get 2 FREE tickets to see 'Joker' at @onecineplex on October 13.⁣ ⁣ The winner will be selected at random on October 12.⁣ ⁣ Click on the link in bio to check out our latest #NeueMovies article.⁣ ⁣ #WhatsNeue #Brunei #OneCineplex #Joker #Batman