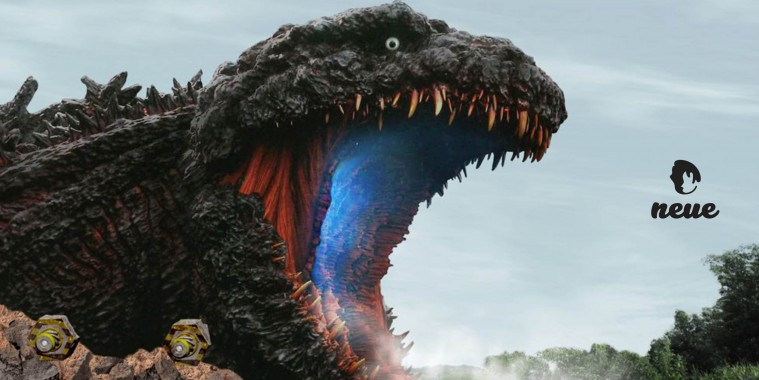 Zip-Line Into Godzilla’s Mouth This Year

A “life-size” replica of Godzilla is set to emerge mid-2020 at an anime theme park on the western Japanese island of Awaji.

In Nijigen no Mori park, which translates to the forest of human beings, the owners say they plan to open a new Godzilla-themed area with the world’s biggest replica of the lizard-like monster, measuring 20 metres high, 25 metres wide and 55 metres long.

Visitors are invited to play the role of a researcher at the “National Awaji-Island Institute of Godzilla Disaster” with several objectives on the island.

Your missions in the “Godzilla Interception Operation Awaji” include zip-lining into Godzilla’s open mouth to examine the monster’s insides, organisers say.

Another mission for visitors involves trying to destroy Godzilla cells in a shooting game.

Why is the Godzilla-themed area being set up on Awaji?

The history of Godzilla on this island, which is connected to Kobe City to the north by bridge, dates back to the local legends in the Meiji era (1868–1912), the operator says on its website.

“The legendary figure of Godzilla was sighted for the first time when a typhoon hit Awaji Island on one evening during that time. Godzilla emerged with high waves and trampled all over the island, causing enormous damage,” it says, citing legend.

The theme park is a hit among anime fans, and has several other attractions featuring cult Japanese anime series such as “Crayon Shin-chan” and “Naruto” ninja.

Planning your next vacation?

Fifty-six years after having organised the Olympic Games, the Japanese capital will be hosting a Summer edition for the second time, from 24 July to 9 August, 2020.

Will you be flying to Japan to meet this Godzilla?

Oh! And while you’re here, why not check out RB’s website to get the best deals.