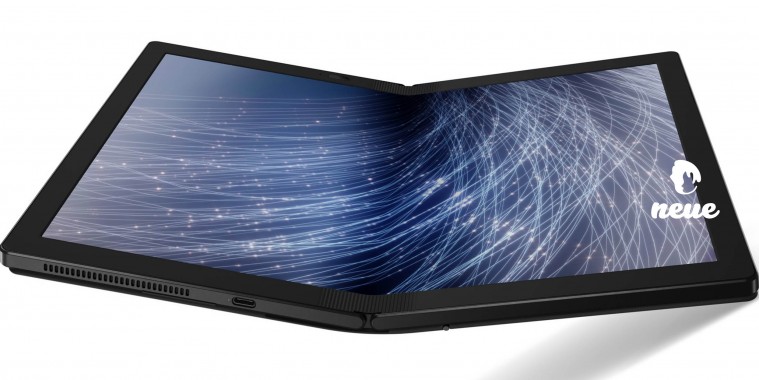 The current vision of folding smartphones is of a device that can fold out on a hinge to become a small tablet. But what happens if you make it a bit bigger?

Lenovo has had a go, and come up with the Thinkpad X1 Fold, a Windows laptop with a foldable screen, unveiled at this year’s CES tech fair.

This is ThinkPad X1 Fold

The technology, which we’ve previously only seen on smartphones like the Samsung Galaxy Folder or the Huawei Mate X, allows Lenovo’s computer to fold out to a 13.3-inch OLED display in a 4:3 format. 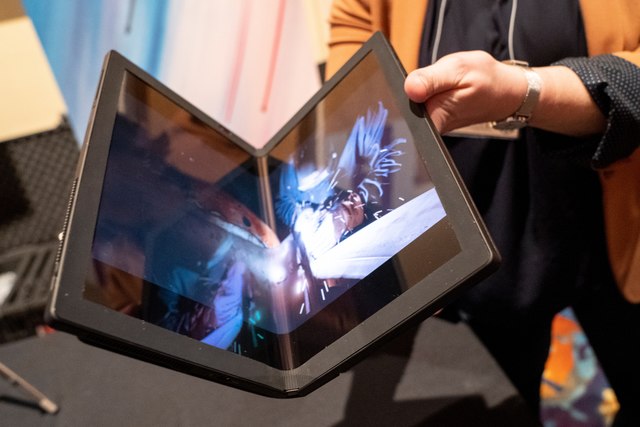 Add a detachable keyboard and suddenly you’ve got yourself a fully-fledged notebook that can neatly fold up when you’re on the go.

The X1 Fold is scheduled to be launched mid-2020 for around US$2,500, running on the normal version of Windows 10. Windows 10X, an operating system specially adapted for devices with two screens, will later follow, Lenovo says.

The announcement follows the announcement of the Surface Neo from Microsoft in October 2019. However, this device does not feature the new folding technology, instead consisting of two separate 9-inch displays that can be folded together.

Besides Lenovo, Dell, HP and Asus have also announced that they want to be among the first manufacturers to release folding or dual-display devices for Windows 10X. (dpa)

With an attachable keyboard, the X1 Fold from Lenovo turns into a classic notebook.

Adding this to your basket?

Are you thinking of upgrading your laptop or PC this year? What brands are you most interested in? Is there a particular gadget or mobile device that you’d like Neue to grab hold of? Drop us a message and our team will get right on it!