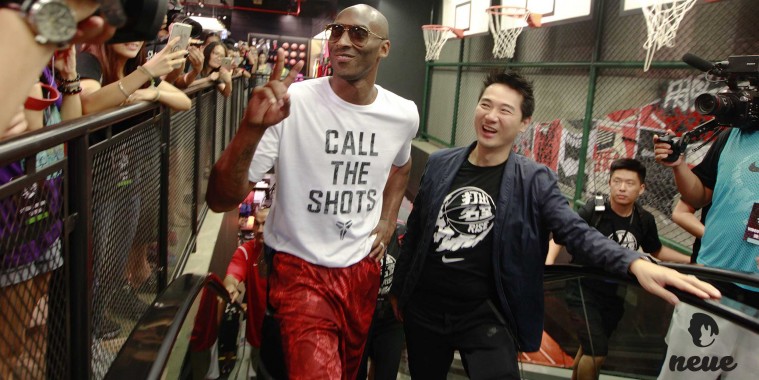 “The most important thing is to try and inspire people so that they can be great in whatever they want to do.” – Kobe Bryant (1978-2020)

I’ll be honest… I’m not a basketball fan. But I don’t need to be one to know how much NBA basketball legend Kobe Bryant meant to the world.

I like many others from this part of the world on Monday morning woke up to  the devastating news that Kobe and his 13-year-old daughter, Gianna, were among those killed in a helicopter crash.

Kobe was widely regarded as one of the greatest basketball players of all time and spent his entire 20-year career with the Los Angeles Lakers.

Social media continues to be flooded with tributes to Kobe. One particular tribute that caught my attention came from Jonathan Ooi, a good friend of Neue who has been featured in the #Neue9to5 segment. 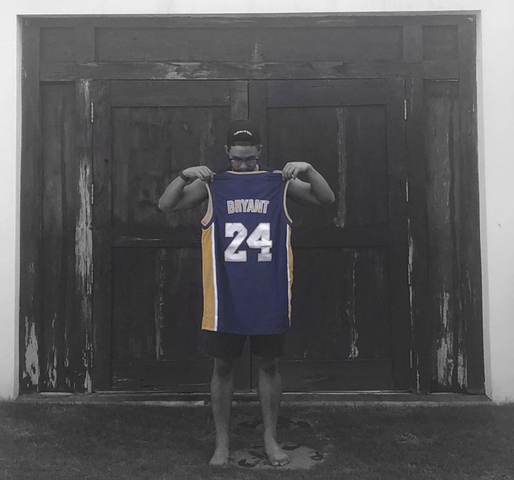 When I decided to create The Oshy Project, my very first post was about you and the Mamba Mentality. My whole sporting values were built around you because of how you respected the game and I wanted to share that with the world.

I idolized you growing up, just like million of fans around the world. You made me realized that ‘showing up’ doesn’t make the cut, that you had to dig deep, demand hardwork, respect the game and to always find that passion. All those values still run through me till this very day.

When I was 10 years old, I had to do a class project called the ‘7 Wonders Of Your World’ and for my first wonder, it was you, Kobe, because you inspired me to ball. You impacted me at such a young age and till this very day, I still have that booklet at home stored away.

Even though I don’t play ball as much as I did before, I still preach and practice your values till this very day. There have and will be times, when there is the garbage bin in the corner, :05 seconds left on the clock, ball in my hand, 5… 4… 3… 2… 1… I shoot and say ‘Kobe’.

We have never met, but just like millions around the world, you have single handedly affected my life. Thank you. #24 #mambaout”

Suffice to say, social media has indeed converted the entire world into a small global village.

According to local media, Wu Chun, who played a couple of charity games with Kobe in the People’s Republic of China between 2011 and 2013, described the NBA superstar as a “down-to-earth” individual.

Hoco Agency, an award-winning communications agency based in Brunei with specialized areas in branding, creative design, digital advertising and media marketing, meanwhile paid tribute to Kobe by releasing an artwork.

Can you spot the Easter Egg in the artwork?

Khairul I. Irwan, the creative designer who worked on the artwork, said: “If you look closely you’ll notice the number ‘8’ on the letter ‘M’. This number represents Kobe’s first jersey number with the Lakers.”

Get in touch with Neue

We here at Neue value what you think.

How has the passing of Kobe affected you?

You can get in touch with Neue via WhatsApp here.

The Neue team’s thoughts and prayers are with Kobe’s family and everyone affected by this tragedy.

You don’t need to be a basketball fan to know how much NBA legend Kobe Bryant meant to the world.⁣ ⁣ Social media continues to be flooded with tributes to Kobe. One particular tribute that caught Neue’s attention came from a Bruneian fan.⁣ ⁣ Click on the link in @whatsneue bio to learn more.⁣ ⁣ We here at Neue value what you think.⁣ ⁣ How has the passing of Kobe affected you?⁣ ⁣ The Neue team’s thoughts and prayers are with Kobe’s family and everyone affected by this tragedy.⁣ ⁣ #WhatsNeue #HocoAgency #Brunei #KobeBryant #Goat #MambaOut #MambaForever