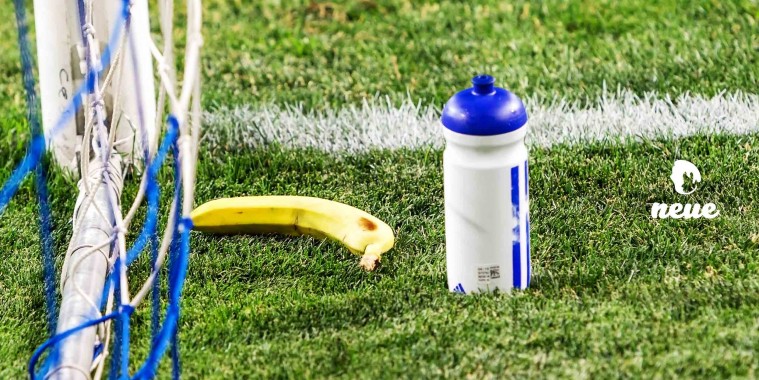 The Struggle Is Real: Kicking Racism Out Of Football

A player walking off the pitch in Portugal and a fan in Germany arrested after being identified by other spectators last weekend are just the latest incidents of racism at football grounds across Europe.

“No one should be exposed to such humiliation,” Portugal’s Prime Minister Prime Minister Antonio Costa wrote in support for the player on Twitter earlier this week. 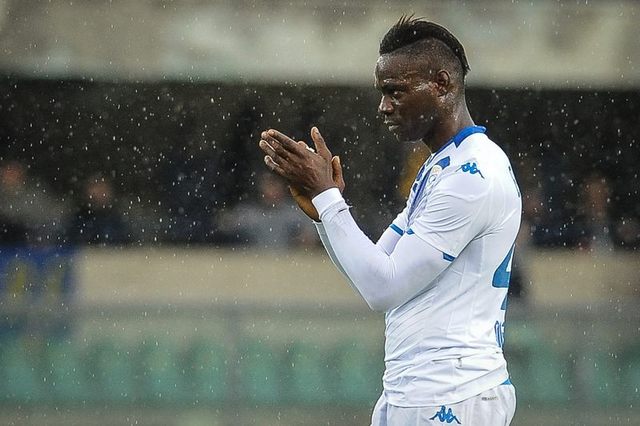 Brescia Calcio’s Mario Balotelli reacts during the Serie A match at Hellas Verona which was interrupted because of racist abuse by fans directed at him. (Photo: dpa)

German third-division club Preussen Muenster, meanwhile, has banned a fan for three years after he was identified by other supporters making monkey noises at an opposition player.

No country in Europe appears to be immune from racism at football grounds as clubs struggle to contain the problem despite heightened efforts by football authorities.

It followed incidents in the Dutch league including racist chants directed at a player from the Rotterdam club Excelsior from supporters of Den Bosch in November.

In England, Prime Minister Boris Johnson’s spokesman said racism “has no place in football or anywhere else and we must confront this vile behaviour,” in recent comments following incidents in the Premier League.

“Clearly there remains more work to be done by the football authorities in tackling this issue and we are committed to working with them on this to stamp it out,” he said.

Not a new phenomenon

Racism in European football is not, however, a new phenomenon. In the 1960s Albert Johanneson, the first black player to play in an FA Cup final, for Leeds United against Liverpool in 1965, was subject to racist abuse.

Racism, as well as hooliganism, remained a huge problem in the following decades. Public awareness of the issue has, however, grown along with the global nature of domestic leagues, and footballers are increasingly no longer prepared to tolerate discrimination.

Governing bodies, perhaps slow to act in the past, now see combating racism as a priority. 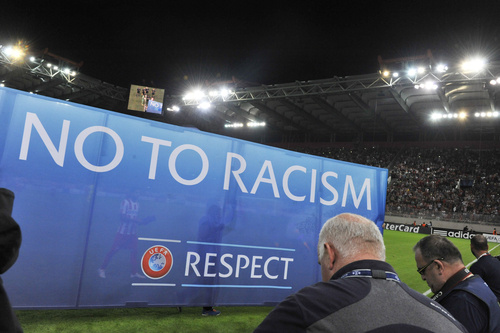 Football’s governing body FIFA insists it has a zero tolerance policy on racism and last year urged all federations to implement a three-step procedure to deal with racist incidents.

The referee is first to stop the game and ask for a stadium announcement. He can then temporarily stop the match, and if racism continues abandon the game.

Since 2001, European organising body UEFA has forged a close partnership with the European anti-discriminatory Fare network, as part of its “No to Racism” message.

A clear sign that players were no longer prepared to put up with abuse came in January 2013 when Kevin-Prince Boateng walked off the pitch, followed in solidarity by his AC Milan team-mates, in protest at racist abuse during a friendly against Pro Patria.

Shortly after the incident, Boateng was invited to join a newly created FIFA Task Force Against Racism and Discrimination, and was also made a United Nations ambassador for anti-racism, but in 2018 he said nothing had changed.

Lack of diversity part of the problem

Former Manchester City captain Vincent Kompany, who has himself been subject to racist abuse, believes a lack of diversity in football organisations is part of the problem.

“That’s the real issue -- if you go through the boards at UEFA or FIFA, the Italian League or the English League, there is a real lack of diversity,” he said.

Racism is not just a problem inside stadiums but is increasingly seen on social media platforms, prompting the anti-discrimination body ‘Kick It’ out to issue a “call to action” to social media companies. 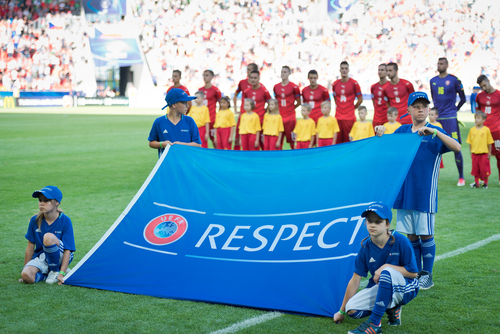 “It needs to stop,” Manchester United manager Ole Gunnar Solskjaer said recently. “We keep having all these campaigns – no to racism – and they keep hiding behind fake identities. It’s just crazy that we are talking about this in 2019.”

And political developments such as Brexit, Britain’s decision to leave the European Union, can also affect people’s behaviour, Roisin Wood, the Chief Executive of ‘Kick it Out’, told BBC Sport.

“If we’re seeing a rise in hate crime … it’s linked because that’s what is going on in society at the moment. If it’s there, we’ll see it in football,” she said.

The Struggle Is Real: Kicking Racism Out Of Football⁣ ⁣ No country in Europe appears to be immune from racism at football grounds as clubs struggle to contain the problem despite heightened efforts by football authorities.⁣ ⁣ Click on the link in @whatsneue bio to learn more.⁣ ⁣ #NeueThoughts⁣ ⁣ Racism is not just a problem inside stadiums but is increasingly seen on social media platforms. Do you agree or disagree? Explain.⁣ ⁣ We here at Neue value what our readers think.⁣ ⁣ Let us know if you’ve had any personal encounters with racism, we’d love to hear your stories.⁣ ⁣ #WhatsNeue #FIFA #UEFA #Football #Racism #Respect

We here at Neue value what our readers think.

Let us know if you’ve had any personal encounters with racism, we’d love to hear your stories.

Do check out one of Neue’s past ‘At The Table’ segments on the subject of racism.

At the Table: Racism in Brunei