Will 2020 Olympics Be Postponed?

[CORONAVIRUS UPDATE] – The number of coronavirus (COVID-19) cases in Brunei has jumped to 104 after recording an additional 13 new cases on March 24, 2020.

The International Olympic Committee (IOC), the Japanese government and local organisers have finally acknowledged the coronavirus crisis could lead to a postponement of the Tokyo Games.

“I know that this unprecedented situation leaves many of your questions open,” said IOC president Thomas Bach in an email to athletes but fans, broadcasters and sponsors are just some of those seeking urgent clarity.

Here is an idea of what the IOC will be considering in the four weeks it says it will use to reach a decision. 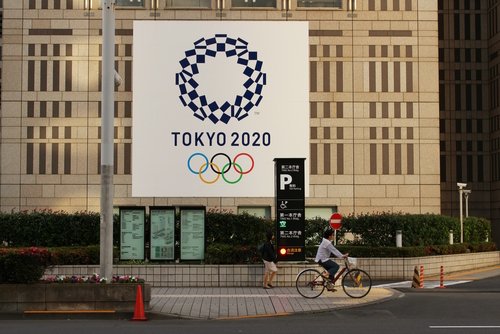 #1. How likely is it that the Olympics can go ahead as planned?

Canada has already said it will not send athletes, Australia has told its sportsmen and women to prepare for delay while other influential bodies are increasing pressure.

Two-time Olympic champion and World Athletics chief Sebastian Coe wrote to Bach saying the Games in current circumstances were “neither feasible nor desirable.”

#2. Why should it take so long to reach a decision?

Until now Japan has insisted the Games can proceed. But on Monday Prime Minister Shinzo Abe spoke of a potential delay for the first time

Local organisers however are aware a unilateral postponement would see them lose face and be left liable for potentially millions of dollars.

Accordingly, the final decision belongs to the IOC, according to Japan. Bach in turn insists the IOC will follow World Health Organization (WHO) advice but they say they are not responsible for decisions on sporting events.

#3. Which scenarios are possible for a postponement?

There are several options but all carry significant disadvantages.

Delaying by merely months would bring no guarantee the global health situation has improved enough to hold the Games and would be unlikely to find favour with major television backers NBC, who would not want the Olympics to clash with American sport seasons.

Pushing back a full year to 2021 in contrast would require major world championships, such as athletics and swimming, to be rearranged while a two-year delay would then clash with the Beijing Winter Games and 2022 football World Cup.

#4. Would would be the financial consequences?

That still pales in comparison to the potential 4.5 trillion yen cost of a complete cancellation, a scenario currently ruled out by both Japan and the IOC.

There could be further loss of expected tourist income while logistical problems abound, such as the deal to convert the athletes’ village into flats after the Games.

#5. What does it mean for athletes?

Presently many sports are unable to conclude Olympic qualifying events while some athletes may feel unable to extend their career to compete should there be a long postponement.

Others will have equipment and sponsorship deals set to expire after the current date of the Games and could miss out on potential bonuses for qualifying or winning medals.

On the other hand, a postponement would mean everyone has a better chance of training properly when restrictions are lifted to ensure a level playing field when the Games take place.

#6. Would what be the consequence for fans?

The developing situation means it is unclear.

Tickets for the postponed European football championships remain valid a year later but can also be refunded.

Whether travel and accommodation costs can be reimbursed depends on the individual booking – if booked as a package with tickets, fans would likely not lose out. But bookings made separately would be subject to their own regular cancellation policies.

#7. What is the situation in Japan?

A poll conducted by news agency Kyodo suggested more than two-thirds (69.9 per cent) of the population believed the Olympics could not go ahead as planned.

Many may feel more concerned about their own jobs and futures than hosting the Games while the IOC, local organisers and the Japanese government would need to be convinced the world had made massive progress in the battle against the coronavirus to approve tens of thousands of athletes, fans, volunteers, officials, media and sponsors to descend on Tokyo.

What’s Neue with you?

The Neue team would love to hear your thoughts on this article.

You can get in touch with the Neue team via e-mail or WhatsApp.

Alternatively, you may drop a DM via Instagram @whatsneue.