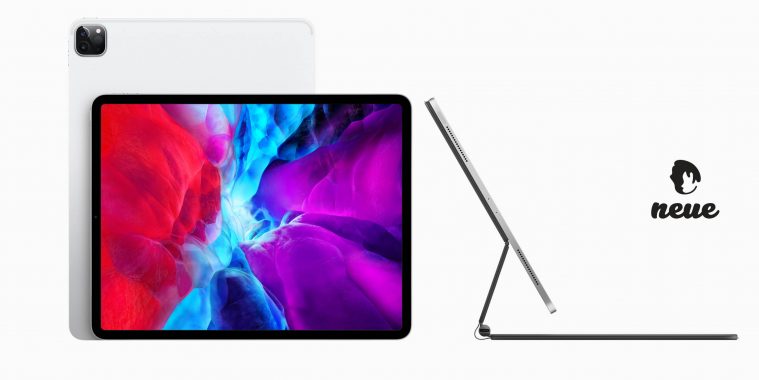 iPad Pro Test: Closer Than Ever To Killing Off Laptops For Good

In the midst of the coronavirus pandemic, Apple has given us a moment’s distraction with the fourth generation of its iPad Pro, an upgrade it says makes this more than just a tablet.

iPad Pro — Your next computer is not a computer — Apple

The first distinguishing feature of the new generation, which comes in two new 11-inch or 12.9-inch Pro models, is the new camera system. It consists of a wide-angle lens (12 MP) and an ultra-wide angle lens (10 MP).

This enables video recording in 4K resolution at 60 frames per second. However the new iPad Pro doesn’t offer a real optical zoom like the iPhone 11 Pro due to the lack of a telephoto lens. 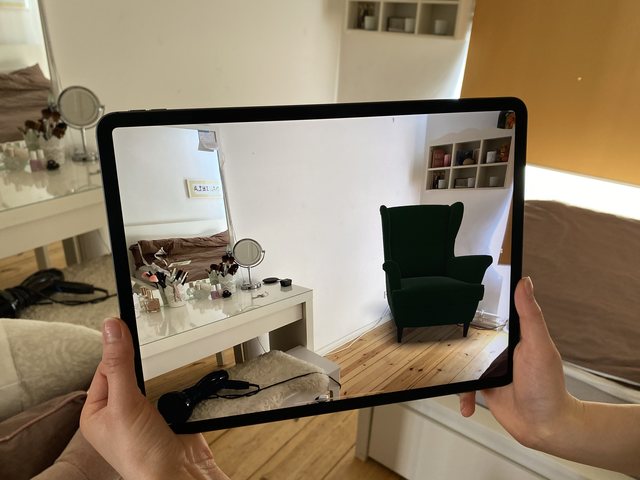 A lidar sensor helps to precisely capture depth in the real environment. In this app from Ikea, a dark blue armchair is virtually placed in a room. (Photo: dpa)

A special sensor for special tasks

The camera might just be an upgrade, but one thing is completely new: a LiDAR scanner on the back, which even the best iPhone doesn’t have yet.

LiDAR (“Light Detection and Ranging”) is a method of measuring optical distance and speed, similar to radar. It most commonly found in autonomous cars and robot vacuum cleaners. 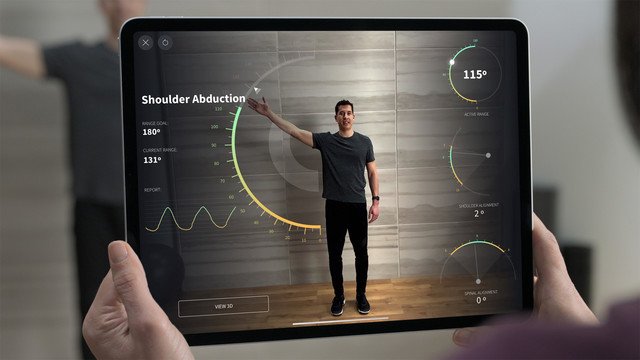 Thanks to improved sensor technology with Lidar, the iPad Pro should enable even more precise measurements and applications in augmented reality apps.

The newest iPad, like cars and robot vacuum cleaners, can use this tech to detect their surroundings.

Above all the scanner is designed to improve the accuracy and speed of augmented reality (AR) applications. 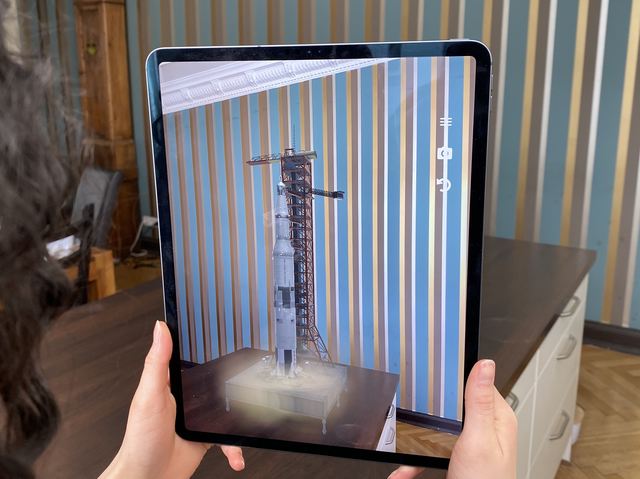 The new iPad Pro makes augmented reality apps much better with the help of a lidar sensor to accurately capture the real environment. Here, a NASA Apollo rocket seems to take off in the living room.

If the iPad can capture its surroundings more precisely, virtual objects in a room simply look more realistic -- for example, in the AR apps of furniture stores such as Ikea, so that you can get an idea of what an armchair looks like in your empty living room before you buy it.

In tests, this works impressively well. With other tablets and apps using just a normal camera, AR objects would often weirdly hover above the floor, breaking the illusion.

Apple’s newest tech has plenty of potential, allowing interior designers and other creators to use tablets to showcase their wares. 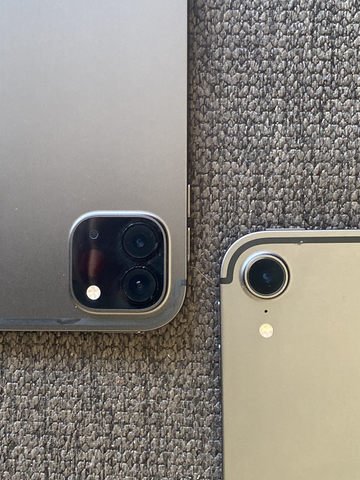 Ample processor power with the A12Z

In order to not only achieve precise positioning in space, but also to make sure that graphic-intensive games run smoothly, the new iPad Pro contains a new chip called the A12Z.

Together with an eight-core graphics processor, it is supposed to deliver significantly more performance than the A10X and A12X chips of the previous iPad Pro.

With the new trackpad function, Apple is closing the gap between tablets and notebooks. 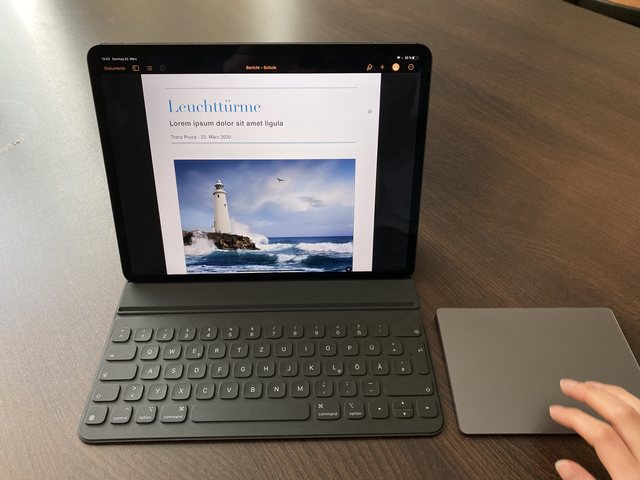 The new iPad Pro can now also be controlled with a trackpad. This makes it far easier to write and edit longer texts, for example.

When you move your finger across a paired trackpad, the pointer transforms to highlight elements of the user interface. That means the trackpad can do more than just work as a cursor for highlighting text in documents.

In the app overview, a small round circle shows where the virtual fingertip is currently located. By May, there will also be a new version of an Apple’s Magic Keyboard for iPads with a built-in trackpad. 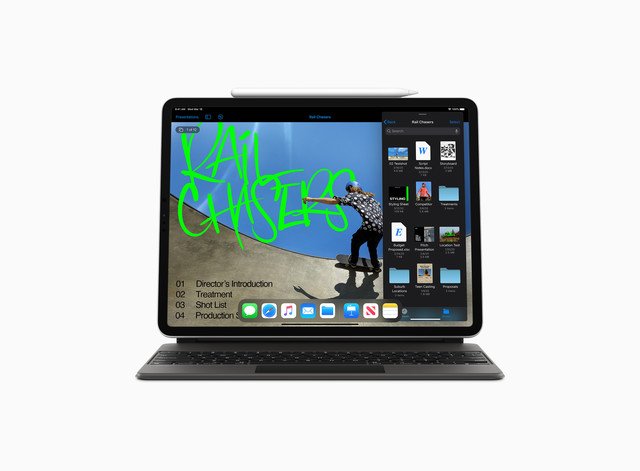 The iPad Pro now also supports control via trackpad -- just like a notebook.

Better with texts and tables

A tablet isn’t normally something you’d reach for when editing a text document or a spreadsheet. But with the new iPad Pro, it’s much easier with the trackpad function. For anyone who works with tables and texts, this iPad means you don’t need a laptop in addition.

It also comes as more and more popular desktop programs are appearing on the App Store with dedicated iPad versions.

With this development, the iPad Pro is coming closer to the concept of Windows tablets, as most prominently represented by Microsoft with the Surface Pro 7. However, you won’t find the selection of high-quality AR apps for the Windows device that is available to iPad Pro owners.

The new iPad Pro is available with an 11 inch display and newly doubled entry level memory of 128 gigabytes from US$799. The larger 12.9-inch version starts at US$999.

Expect to pay significantly more for LTE or additional memory, which also comes in 256 GB, 512 GB and 1 TB. 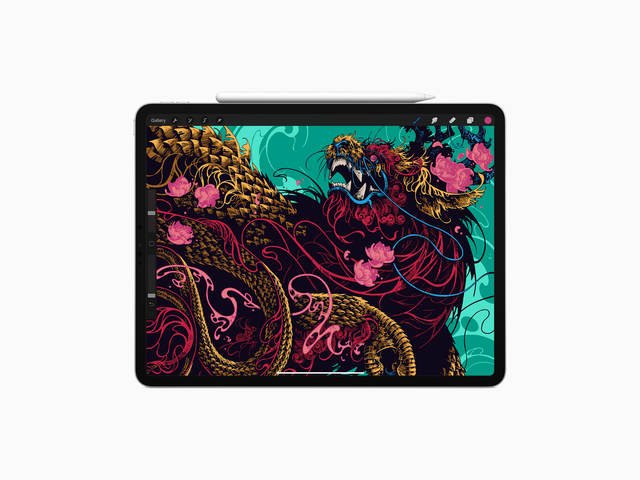 The iPad Pro is available in 11 and 12.9 inch display sizes.

What’s Neue With You?

The Neue team would love to hear your thoughts about the new iPad Pro.

Are you interested in having your products and services featured on Neue’s website? If so, get in touch with Neue via e-mail, WhatsApp or drop a DM via Instagram @whatsneue.